Record of the highest speed

Saturday 10th September 2016, it’s determined that all of the RHD-Handisportauto team was entering in the 125 Istres-Le-Tubé air base. The mission: give the best of everyone to allow Jean-Claude PLANQUE, who birth handless and an half of a leg missing, to reach his goal wich was to break the record of the highest speed achieved by a handless pilot alone on board (307 km/h). Saturday was consecrated to discovering of the air strip (5 km = 3 miles) but also of the car a magnificent Porsche 991 Turbo S 2nd phase which announced 580 CV lend by Porsche France. Until the equipments that Jean-Claude needs to drive in full security were installed. At the end of the day, all the team was in good spirits as much as the speed achieved were out of hope. Sunday morning, things seem like more complicated cause of a light unfavorable wind. After the team decision to wait the best moment, Jean-Claude takes a run up at 11:45 am, for a last-ditch attempt… the tension was height! The speedometer display the speed of 309km/h… The record has been beating and validating after few minutes by Me De MARANS, bailiff and by the presents experts from Ehandicap world records. Photos Alain Courtillat La voix du Nord 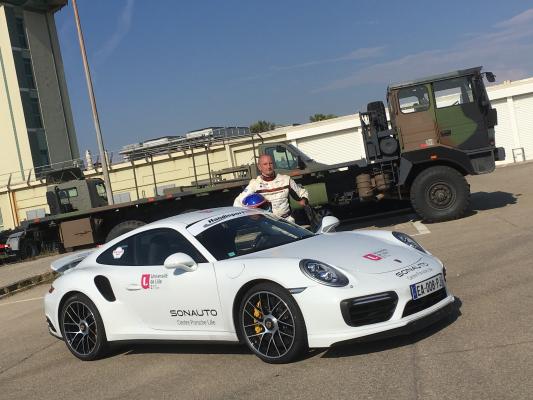 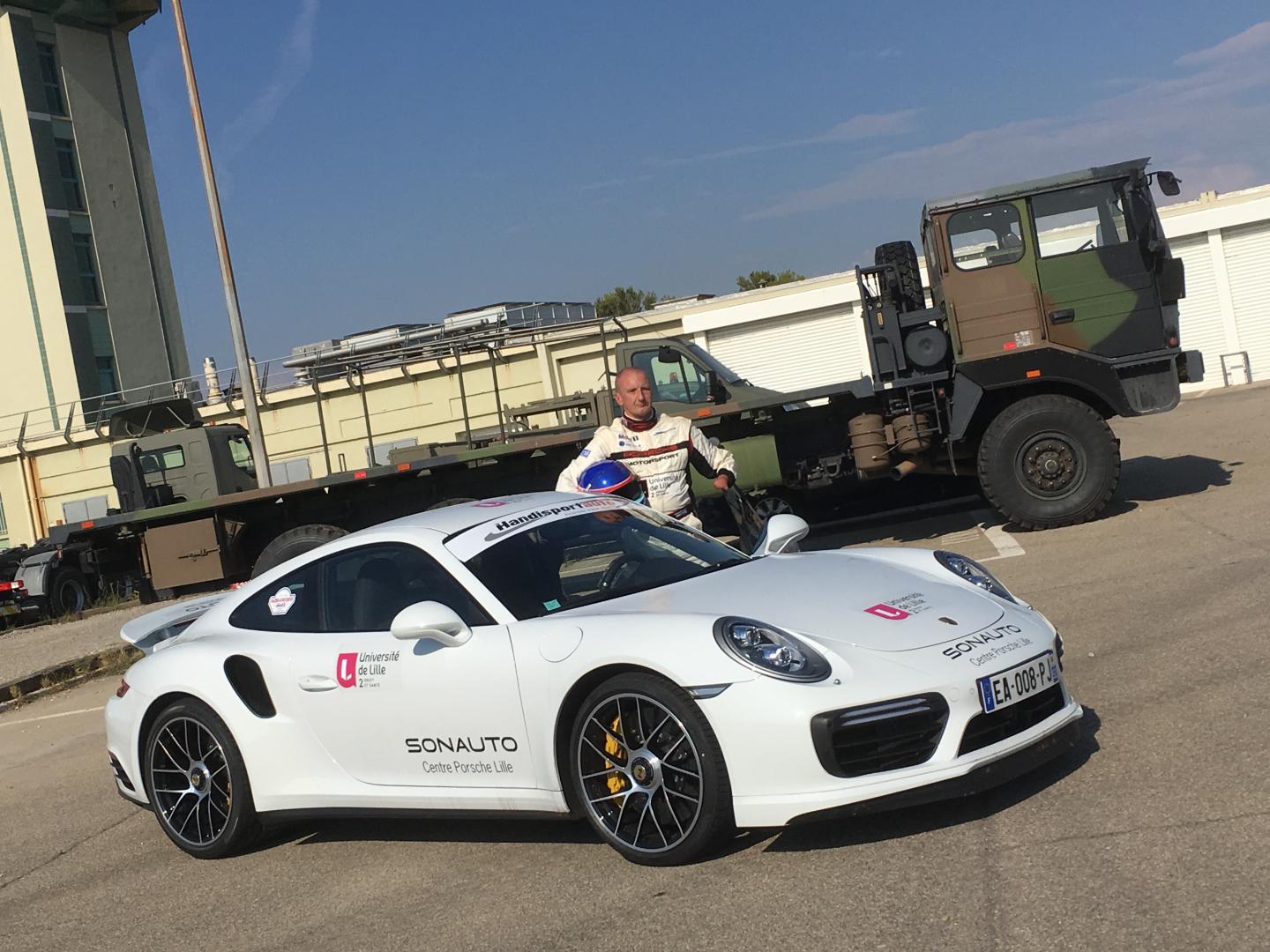 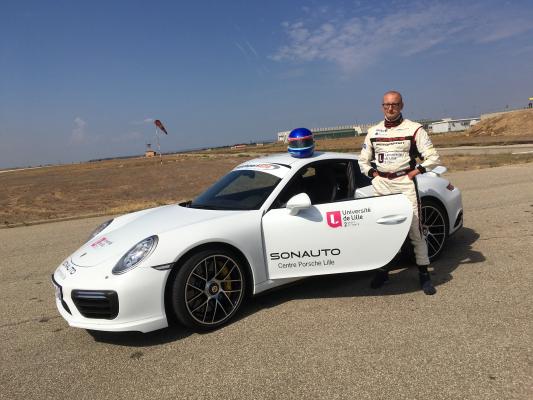 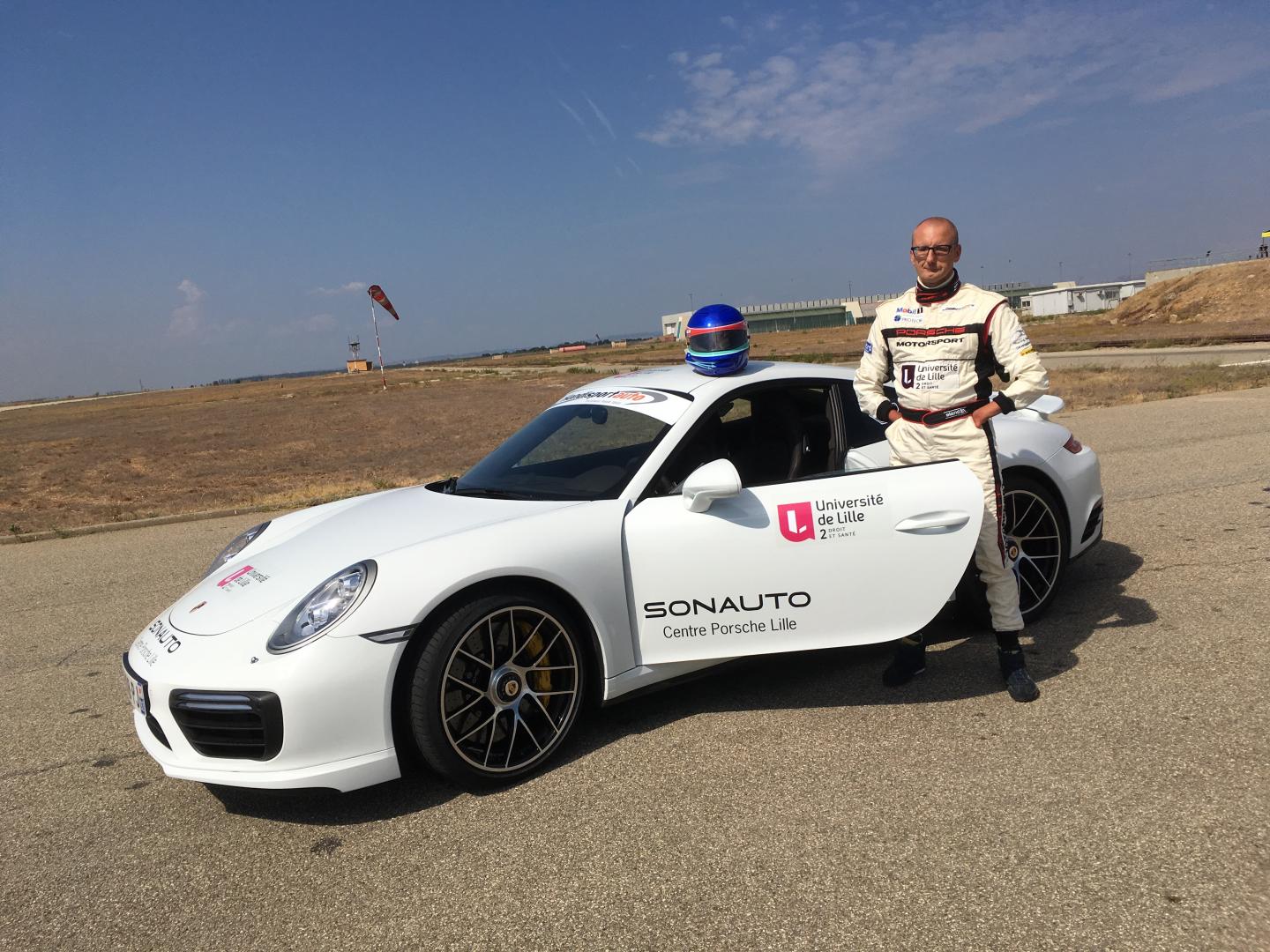 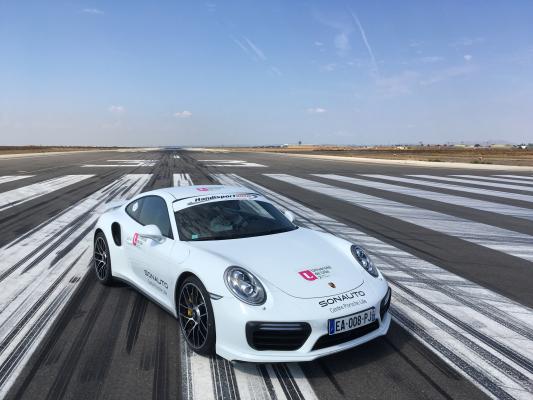 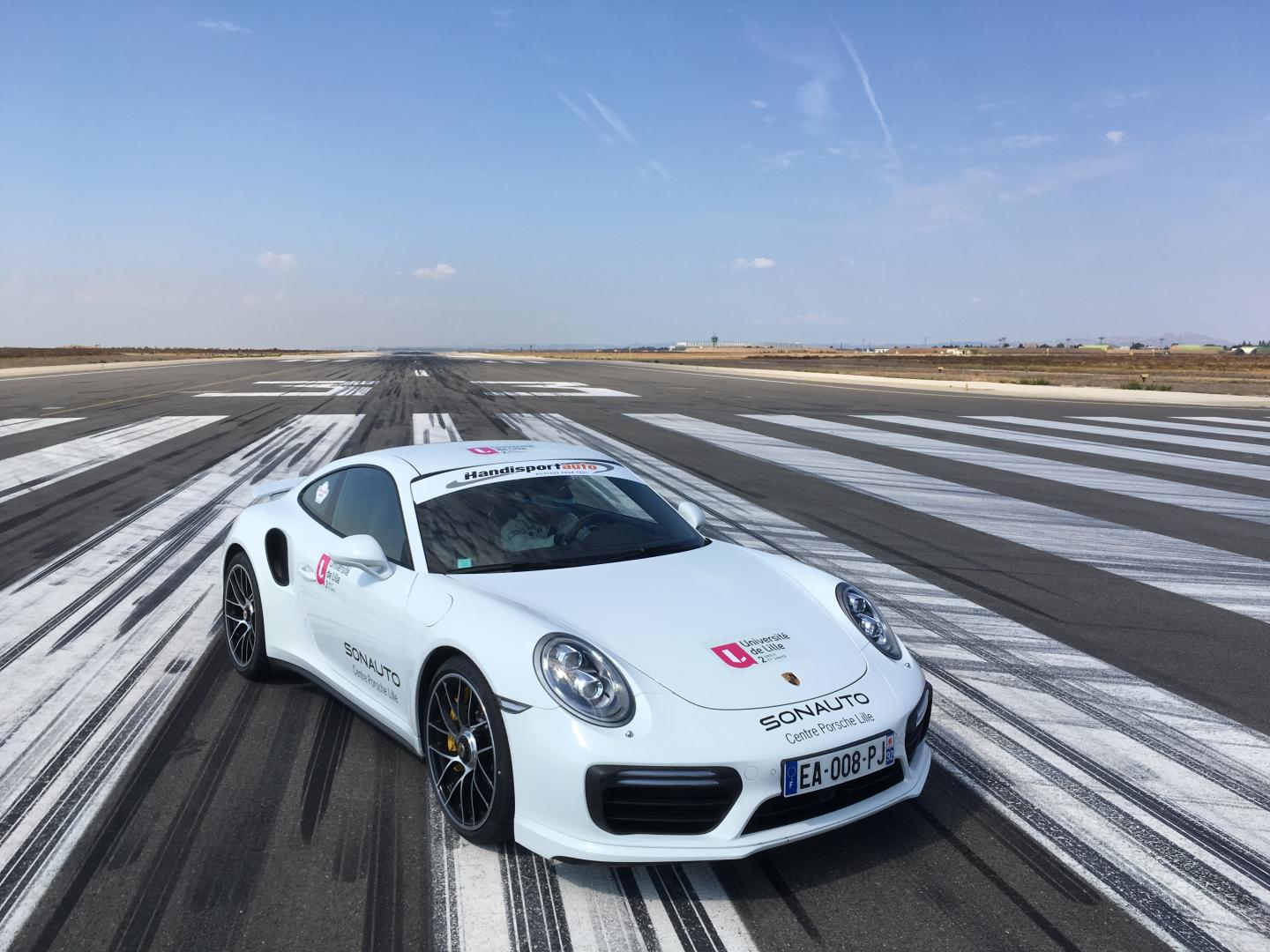