On January 14th, Philippe Croizon’s car crossed the finishing line at Buenos Aires. During this 2017 edition of the Dakar auto race, the quadruple-amputee driver went through hell, but never gave up. He is the first to have taken up this challenge.
Rio Cuarto, Saturday, January 14th, 2017. At 10:28, Philippe Croizon’s car crossed the finishing line of the final Special Event, in 35th position. Thanks to the invaluable support of his co-pilot, Cédric Duplé, and of all the Croizon-Tartarin team, he had accomplished an amazing feat. That, at least, was how all those who had been following his fortunes during the Dakar described it.
Philippe Croizon first hit the headlines when he swam across the Channel. But the water didn’t quench his fiery temperament, and the swimmer went on to become a driver.

Up to 66°C in the car
Throughout the 11 stages of the Dakar, Philippe gave his utmost, stood up to the worst conditions, went beyond his limits, enduring difficulties he would never have imagined. He had been warned, but the realities of this mythical car rally turned out to be much tougher than in his worst nightmares. The guy who was always ready for a laugh didn’t always manage to keep a smile on his face : he often faltered, sometimes cried and lost it once or twice, but never gave up. At every stumbling block, his cast-iron resolve made up for the vulnerability of a body which, more than 20 years ago, suffered a terrible electrocution. The consequences were huge, and resulted among other things in the loss of his ability to regulate his own body temperature. With the sun of the southern hemisphere blazing down and pushing the temperature inside the car as high as 66°C, Cédric had to keep spraying him with water to keep him cool. And, with no way of pushing down on his legs, it was impossible for Philippe to change his position once he was strapped into the specially-moulded driver’s seat. With sometimes more than 14 hours driving during the day, the pain was often excruciating. And as if that wasn’t enough, there was also the problem of the lack of oxygen in the Bolivian Andes, at an altitude of over 5,000 metres above sea level.

Problems and more problems
Philippe’s first participation in the Dakar was marred by a series of mechanical problems. During the second stage, his car already had to be towed over more than 160 kilometres by Yves Tartarin, his manager. And then came a whole series of breakdowns – the hydraulic pump leaking, an electrical failure, problems with the sidestick, the power steering, the gear box and the ignition – which all obliged Philippe to let his co-pilot take over the driving for some parts of the race. Philippe said, about all these nightmares : “It wasn’t a black cat crossing our path : it was a black panther”.
And this was all in addition to extreme weather conditions that conspired to make progress even harder: torrential rain and mud slides obliged the assistance truck to take another path, thus leaving the team with no mechanical assistance for 48 hours.

Victory for a whole team
Competing in the Dakar means never-ending days, sleepless nights, dust, salt and sweat. But also breathtaking landscapes which you steal a few moments to admire, however fast you are driving and however concentrated you have to be. Beyond the horizon lay victory for a whole team, without whom none of this would have been possible. “All the team have climbed an Everest : Cédric, my co-pilot, Yves Tartarin and his co-pilot Stéphane Duplé (Cédric’s brother)”, was Philippe’s verdict at the finishing line. “The mechanics had a really hard time, too : more than once, they had to spend the whole night repairing the car. They were exhausted”.

"Such a performance ! "
Every morning, when he woke up, Philippe would say to himself, “It’s make or break!”. And he made it. The public following the Dakar took a special interest in this atypical driver who, throughout his 13 months of training, never stopped saying “Anything is possible”. Nasser al Attiyah, the world champion rally driver who had to leave the race after hitting a rock during the third leg, kept on encouraging Philippe, several weeks after helping him get his funding together. And Yves Tartarin, whose 15th participation this was in the Dakar, said to television reporters, “I never imagined him capable of such a performance”.

Buenos Aires or bust !
Philippe’s obsession was to make it to Argentina’s capital, however long it took him. He wanted to be there, and to be part of it. 8,823 kilometres later, he was able to join the select club of those who have made it to the end of the Dakar. “When I was standing on the winners’ podium, I thought about all the people who had faith in me – the partners, sponsors, and all the team members who allowed me to carry out this crazy project. I was incredibly happy. This adventure involved much more pain and suffering, both physical and mental, than I had ever imagined. I’m so proud of the result”, he confided.
In the auto category, there were 79 cars at the start of the race, but only 53 made it to Buenos Aires. In the final ranking, team Duplé-Croizon came 49th, and team Tartarin-Duplé 47th. 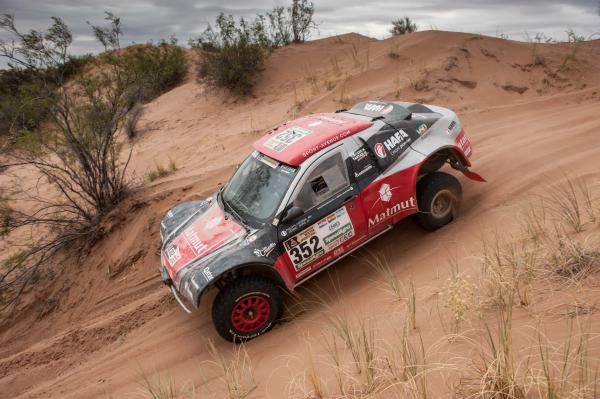 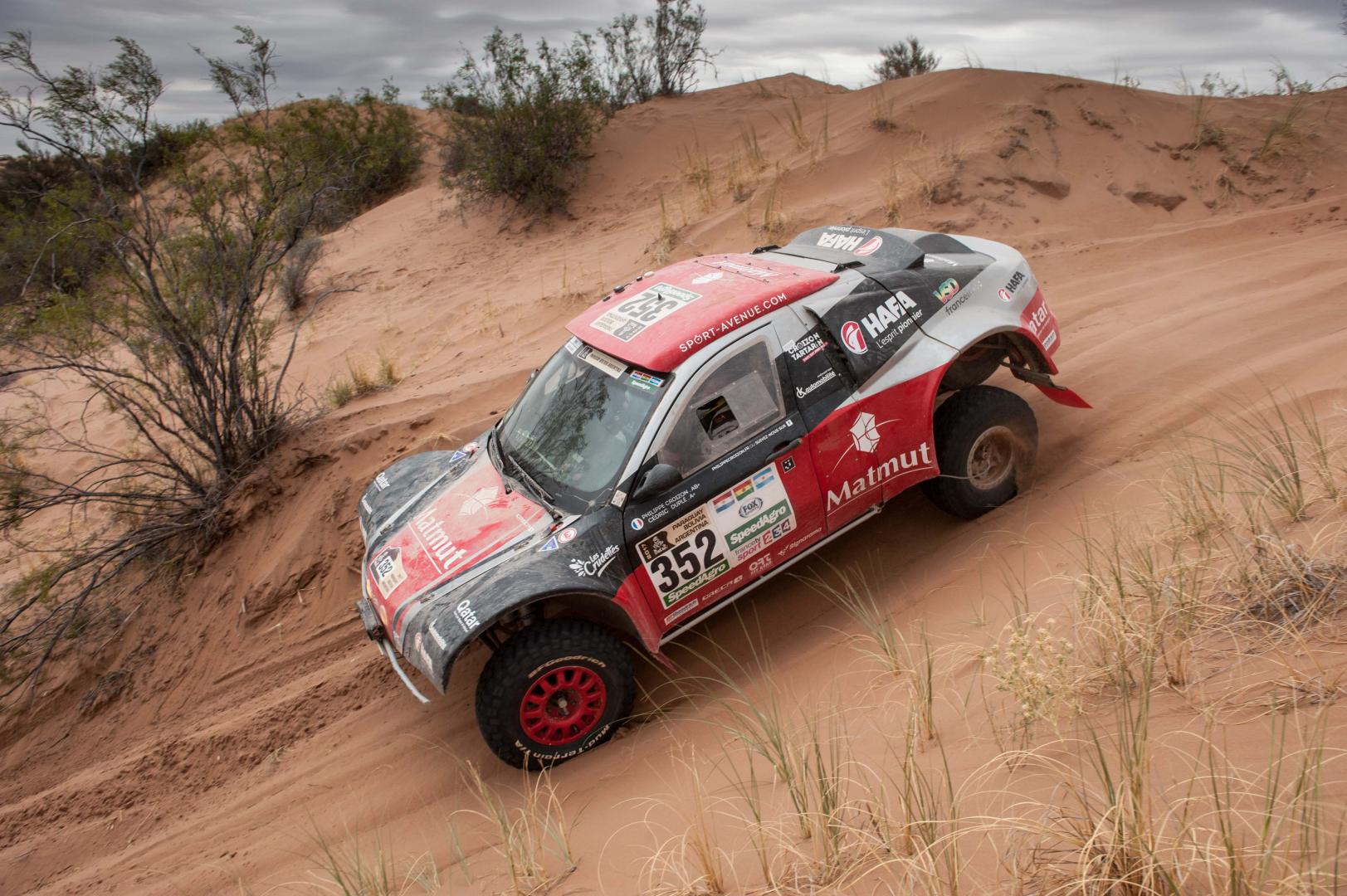 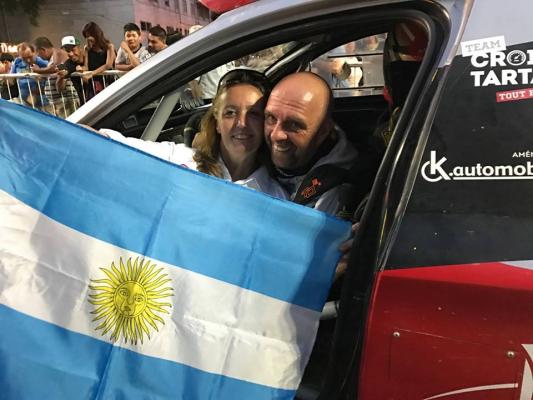 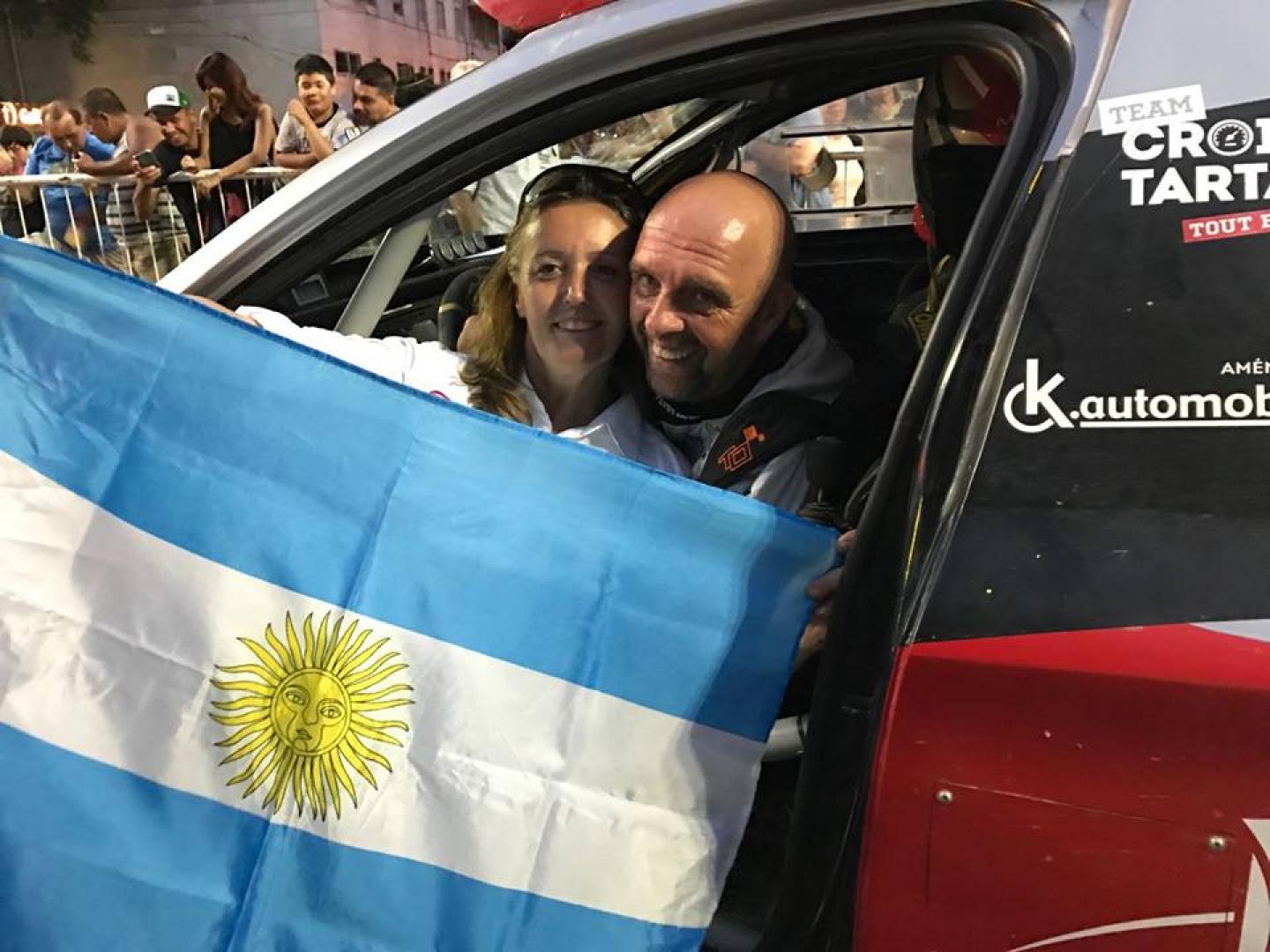 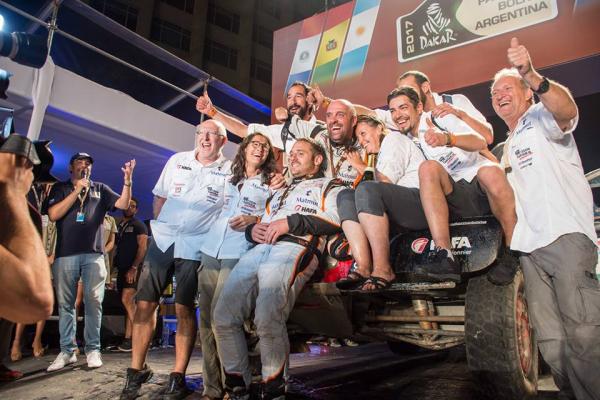 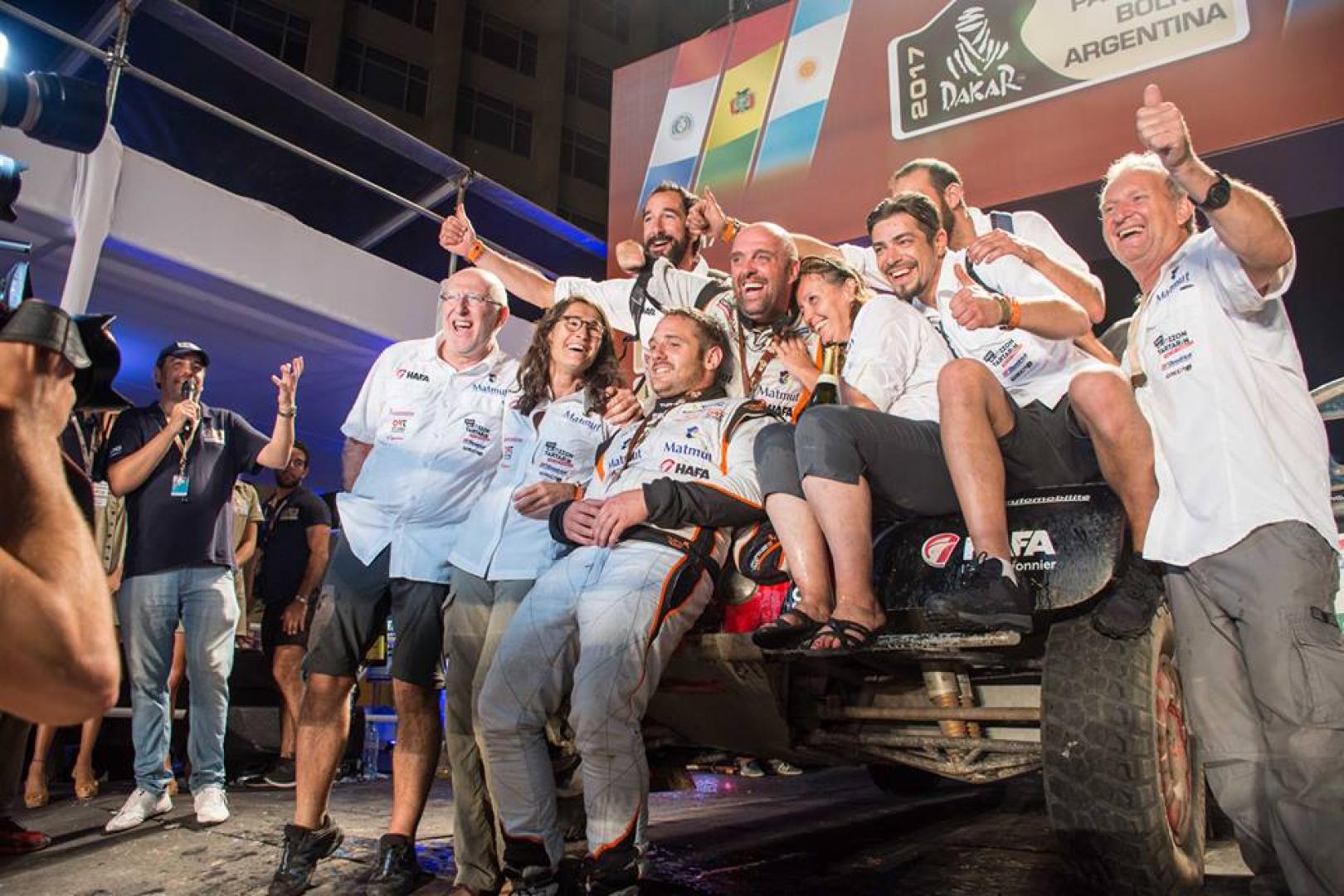