Victory !!!   After two years of intense preparation during which, at the height of my training, I was swimming 35 hours per week (or 280 km per month), The Big Day finally came : Saturday, September 18th 2010.   Early in the morning, my partner Suzana, my coach Valérie, my doctor Jacques Tuset, and Arnaud Chassery (who were already on the other side of the Channel) got on board the fishing boat piloted by Peter Reed and his son. A French bailiff dispatched by eHandicapWorldRecords was also present to formalize the crossing. 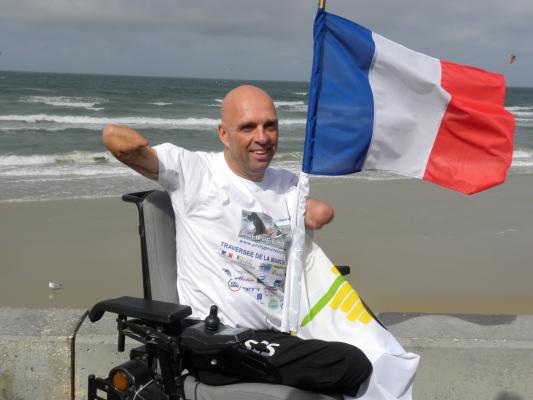 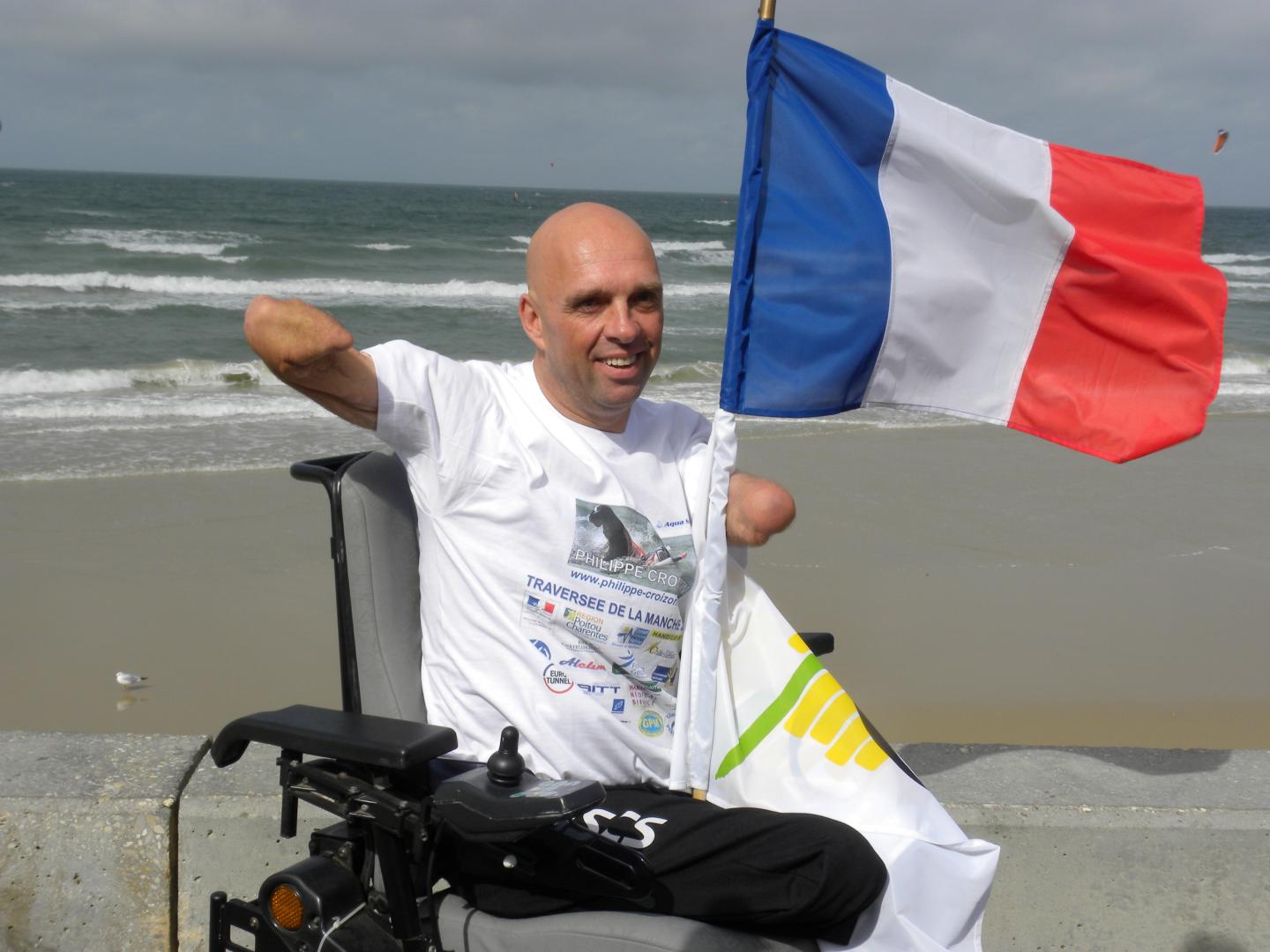 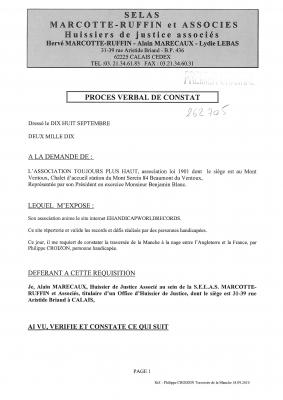 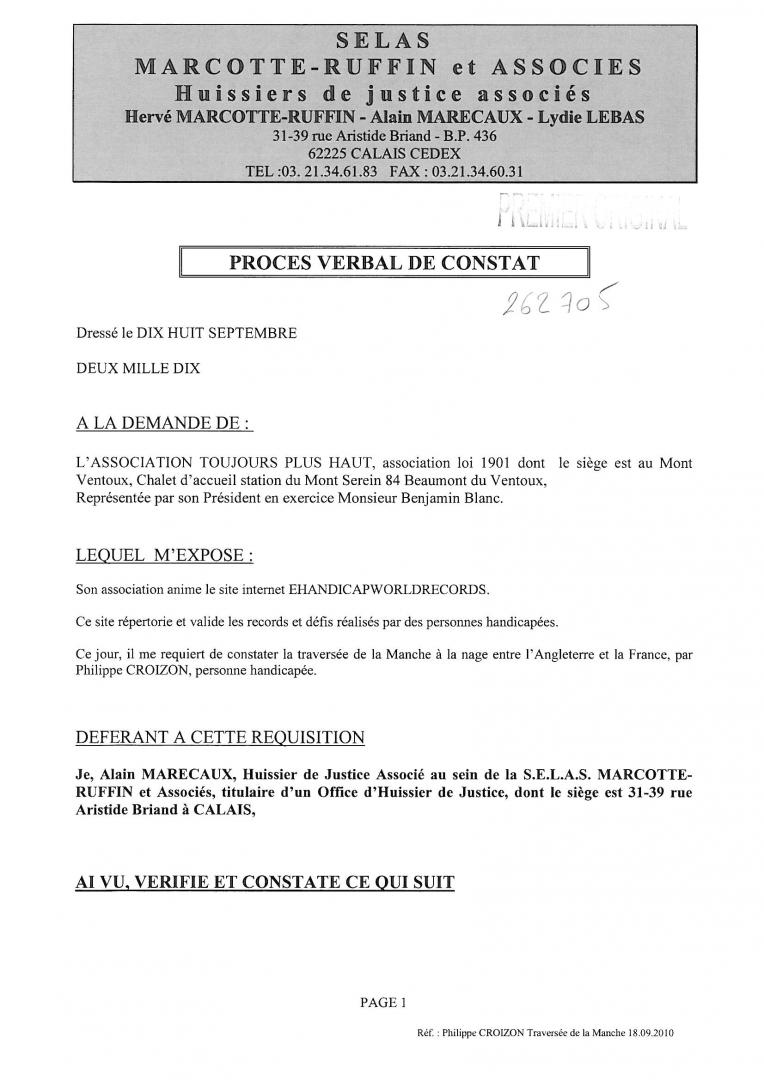 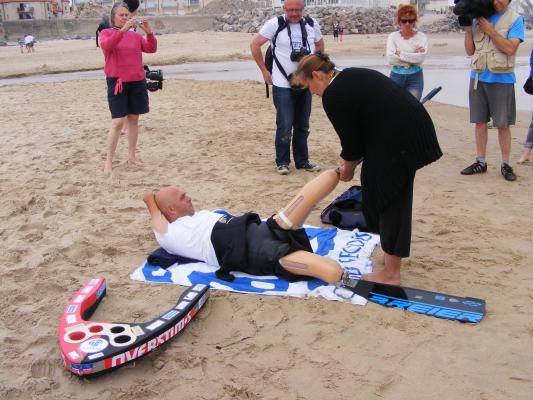 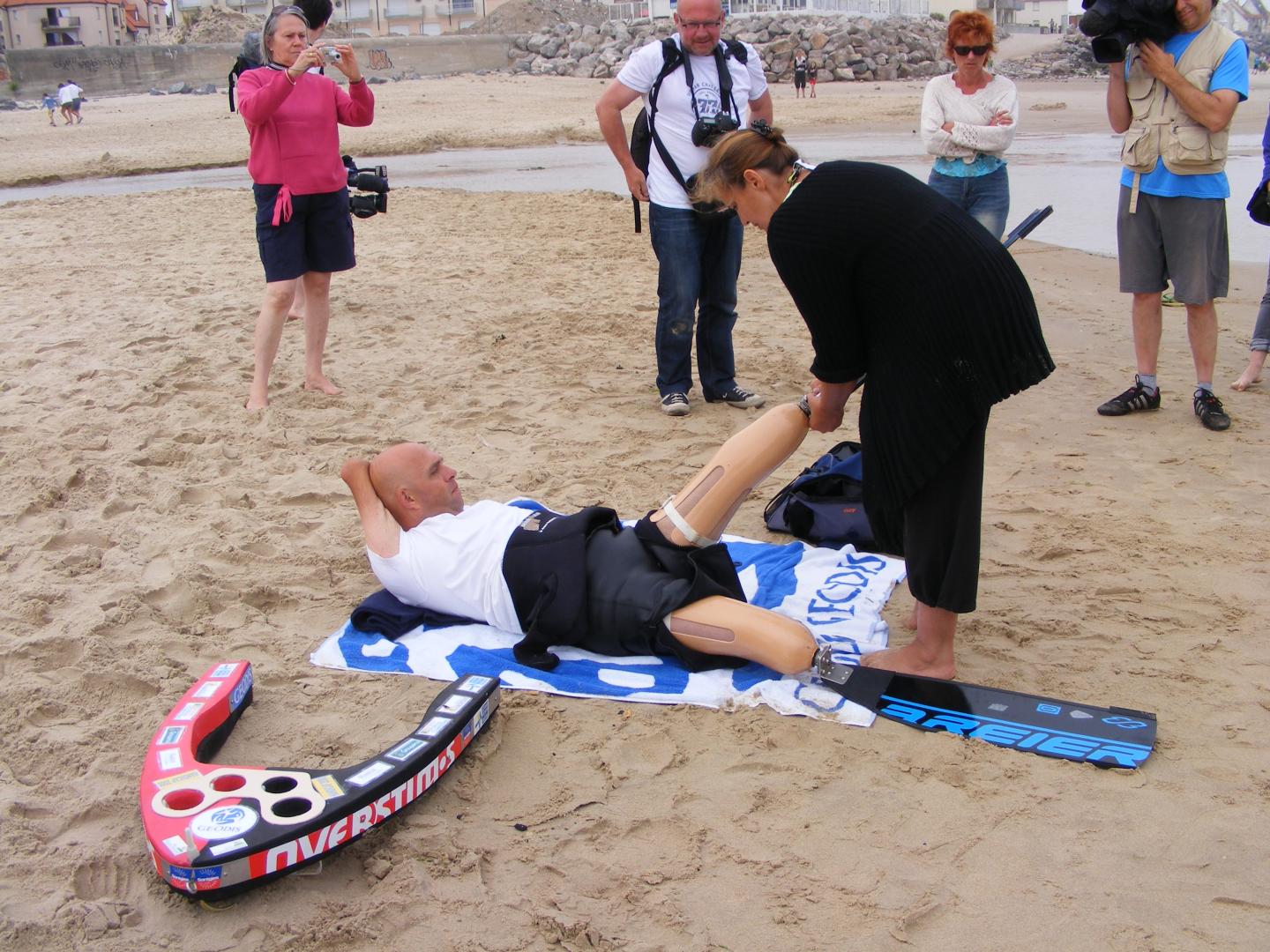 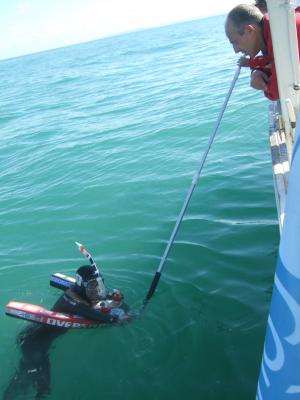 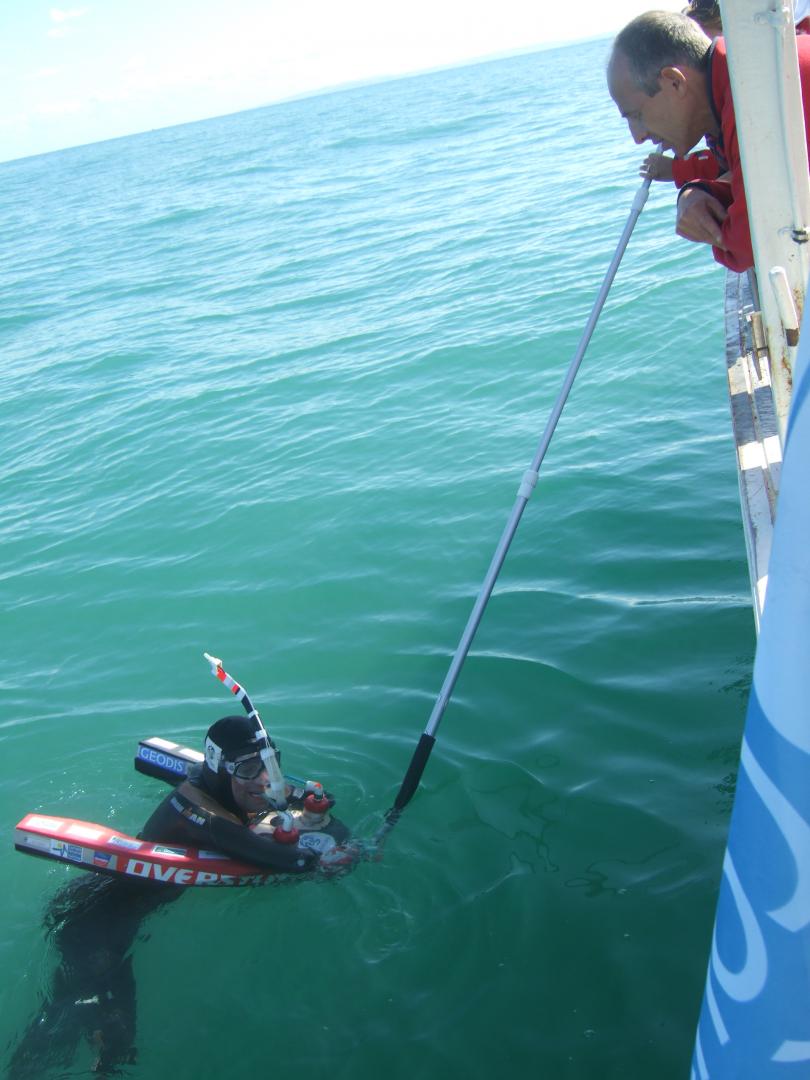 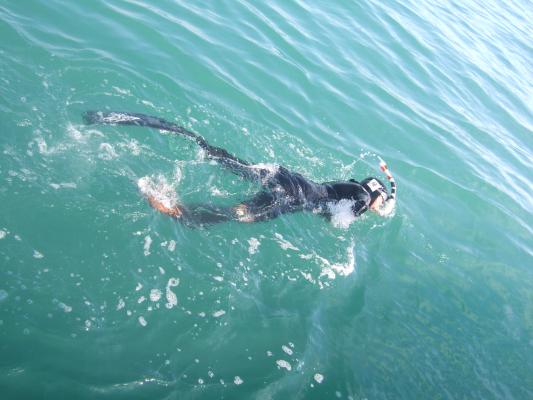 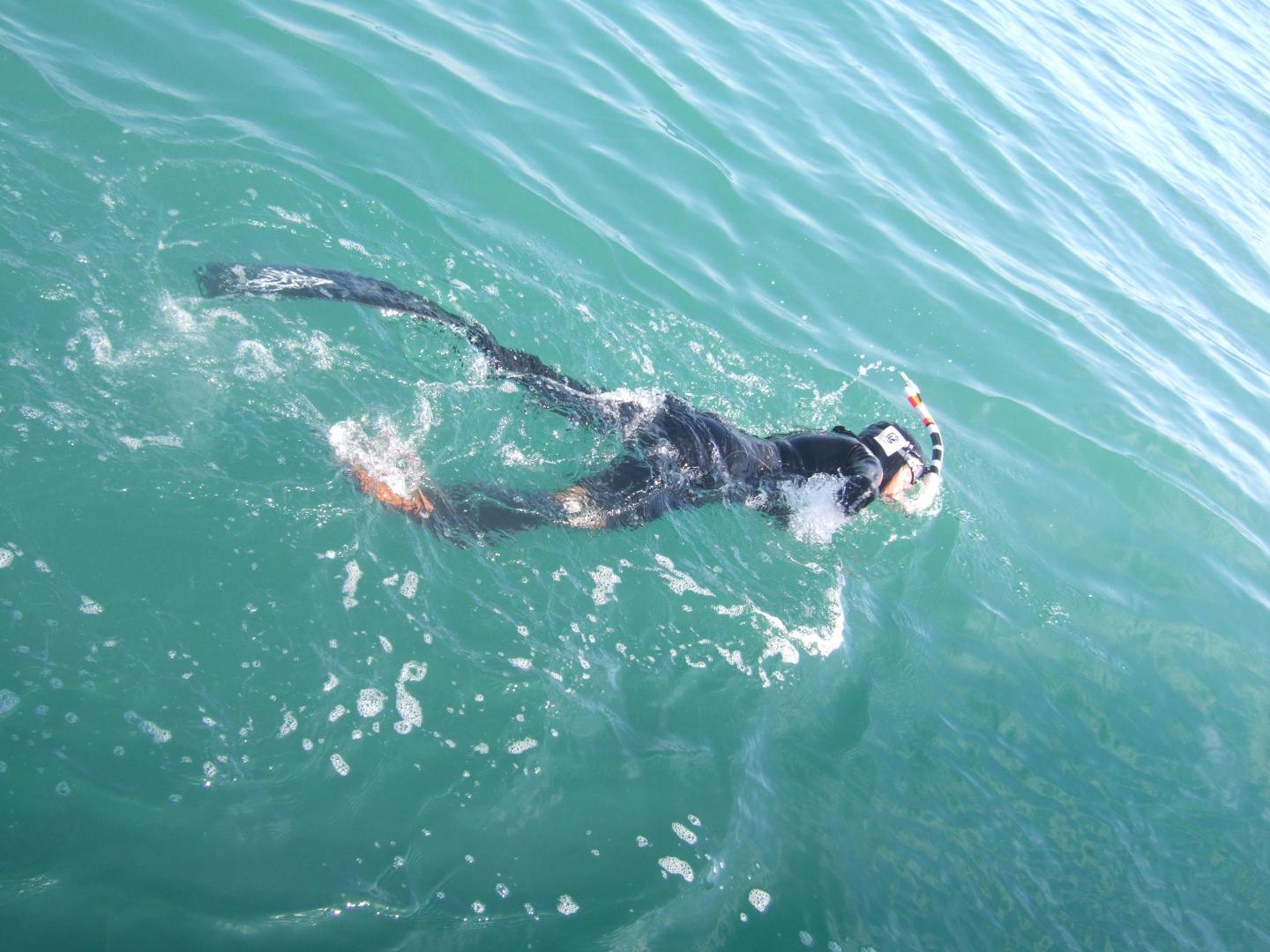 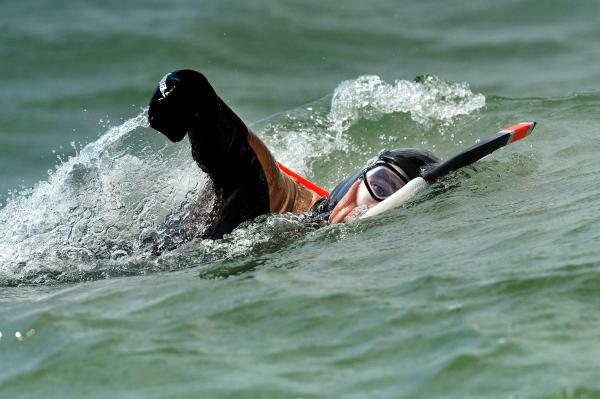 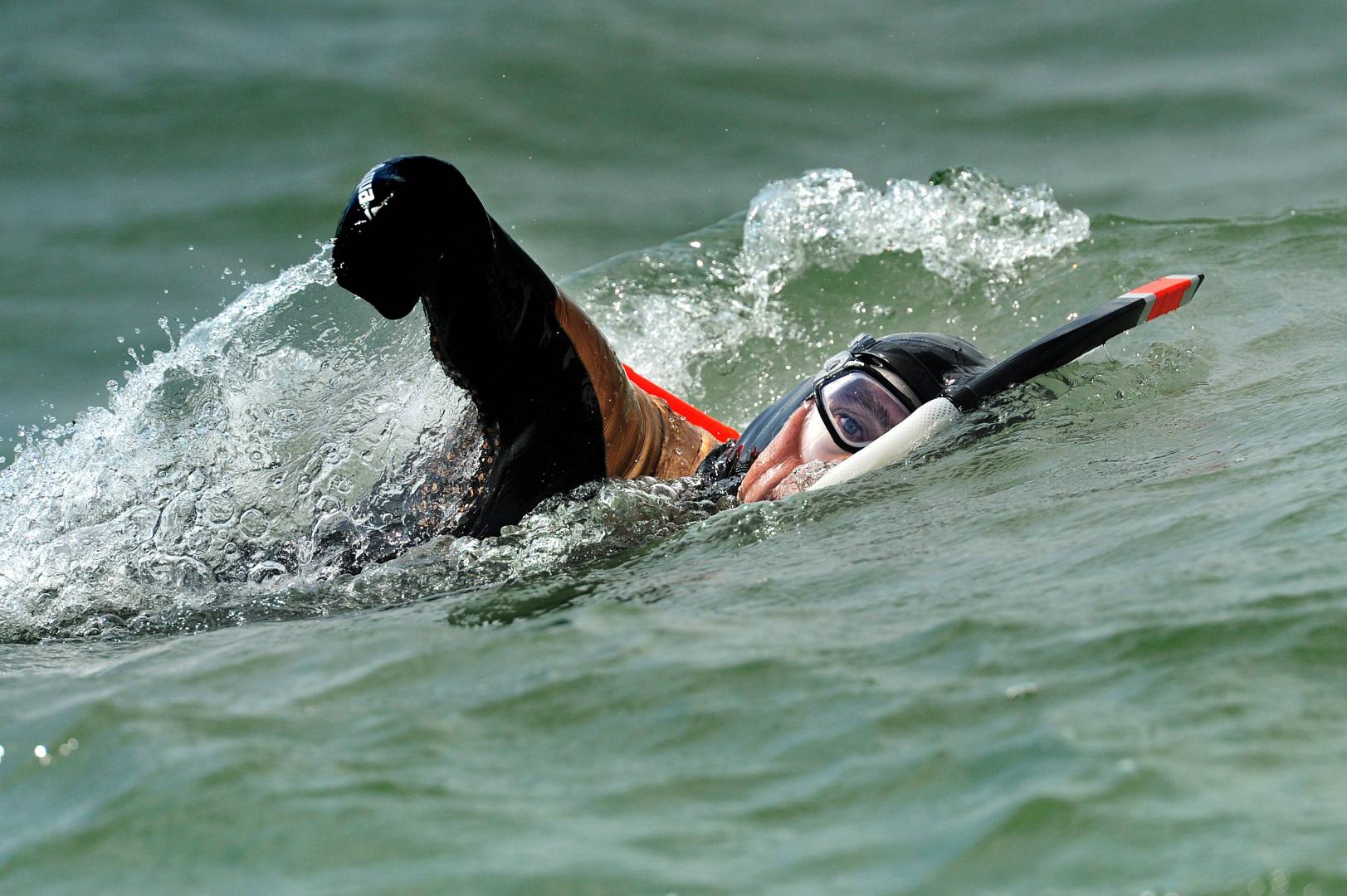 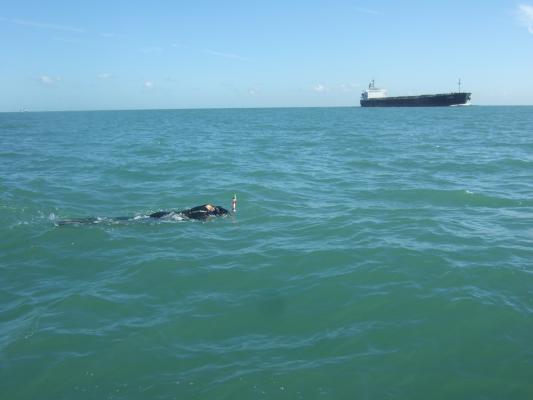 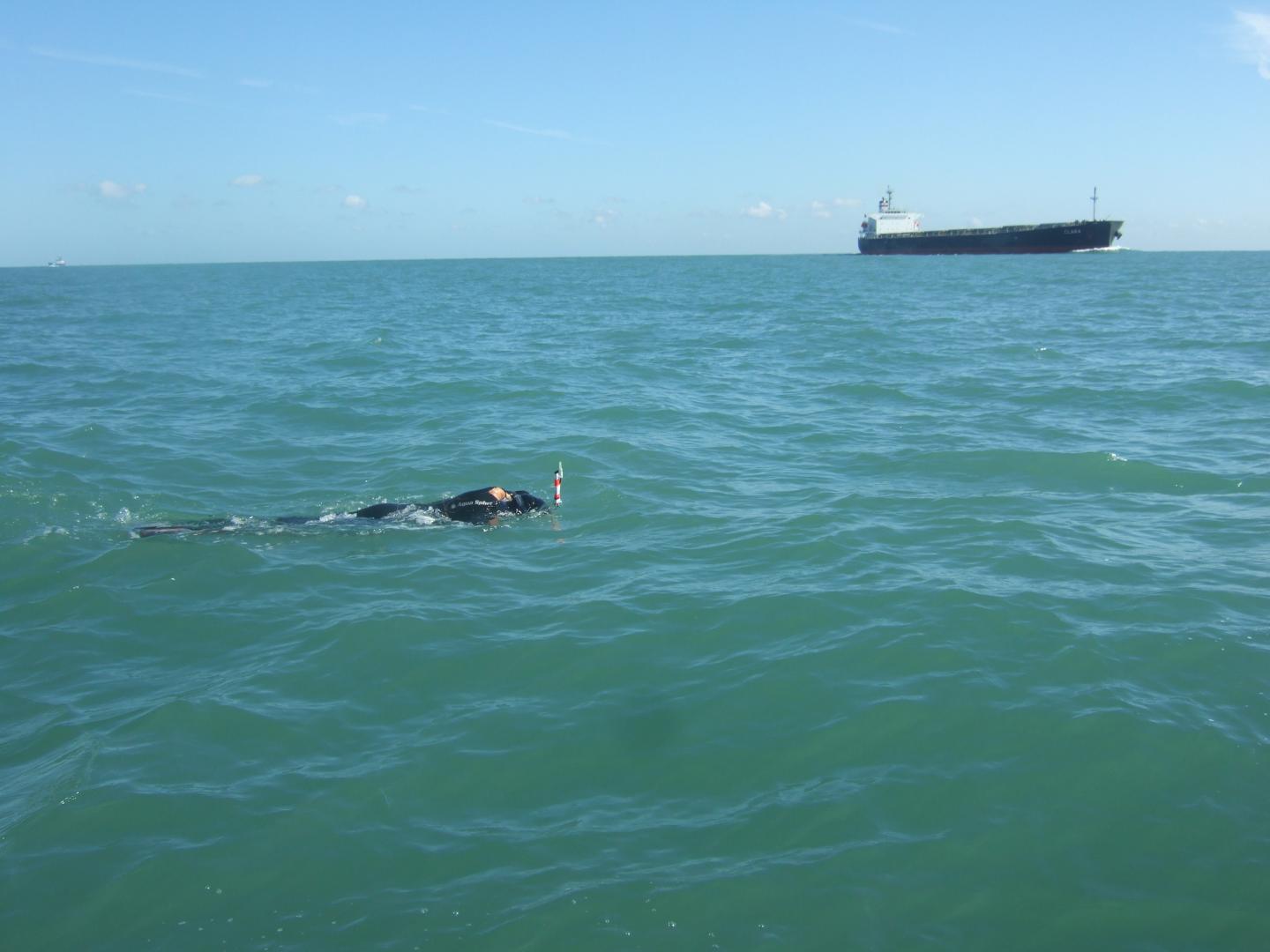 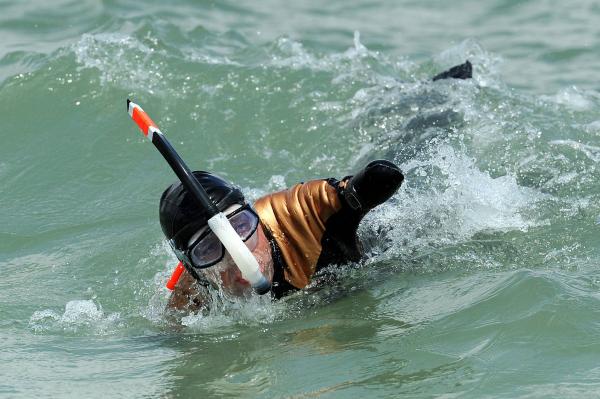 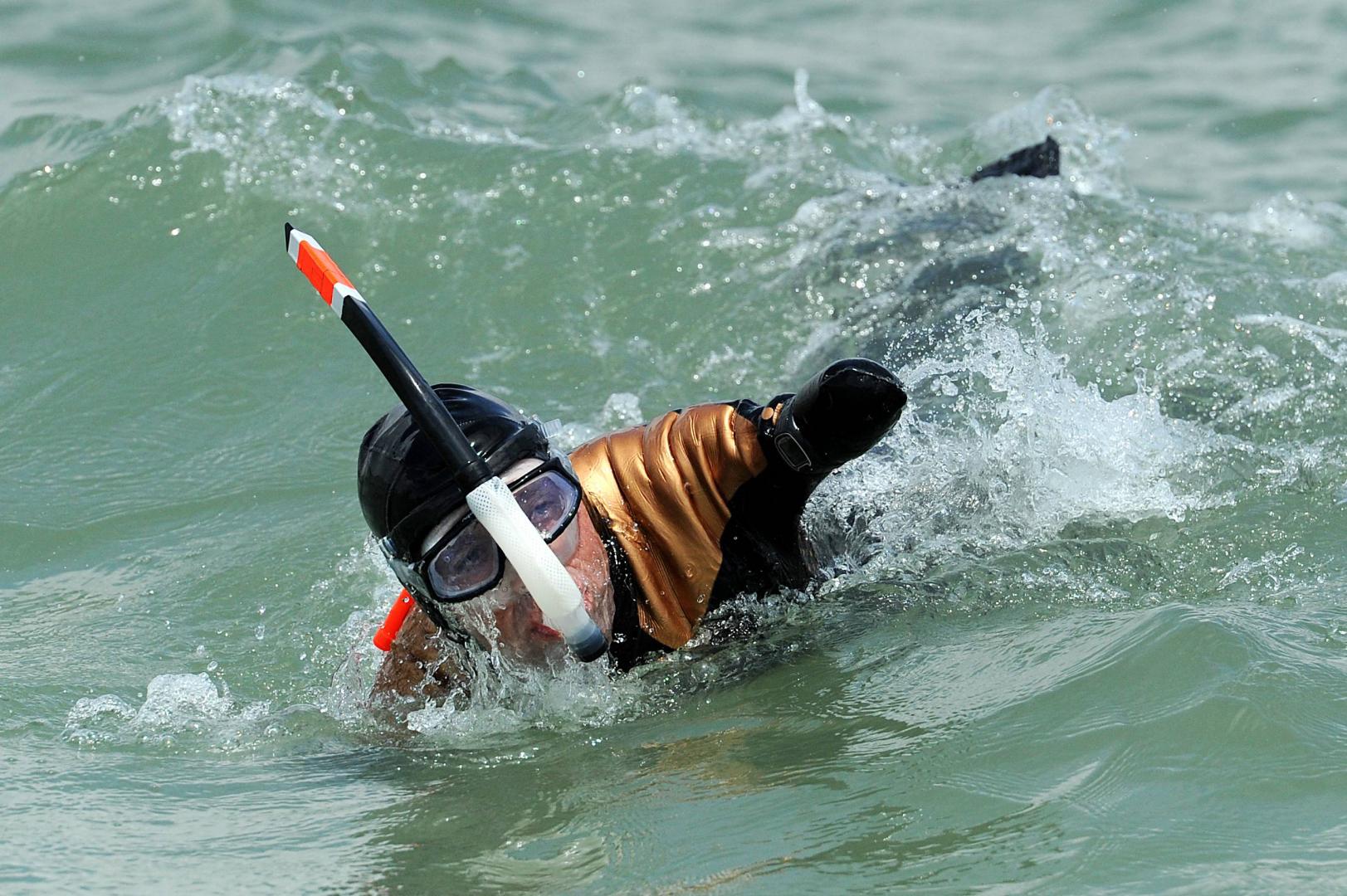 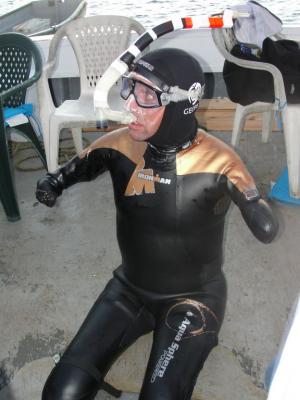 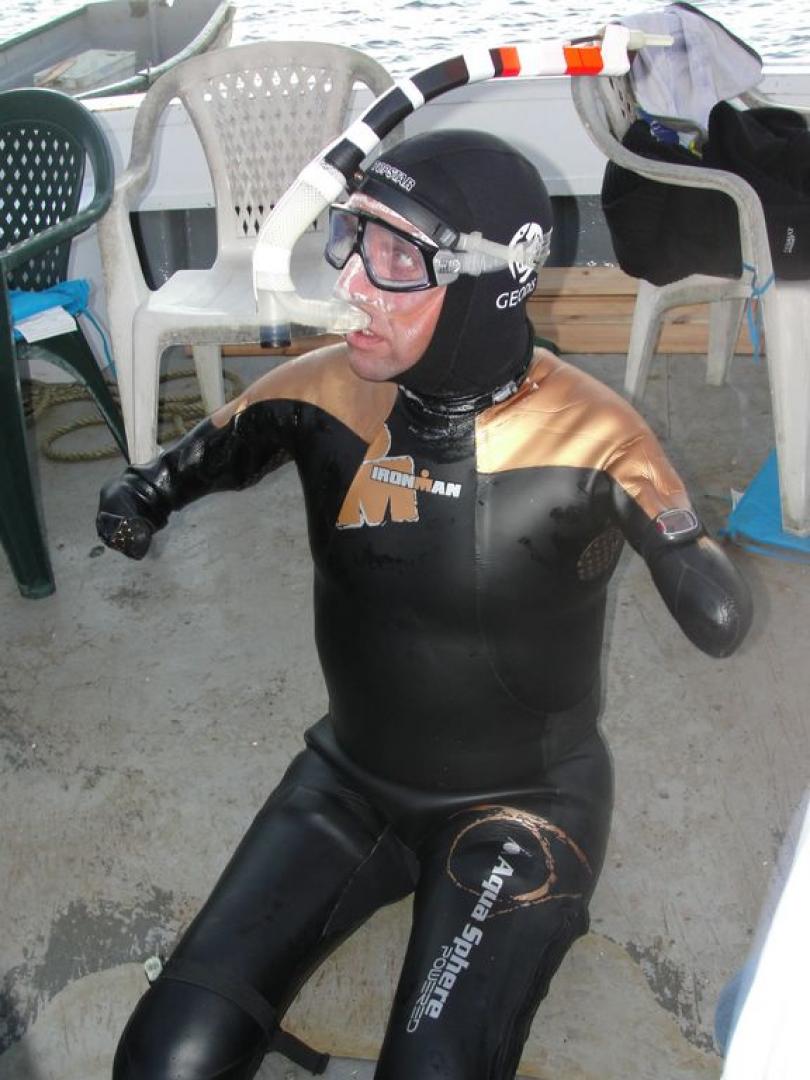 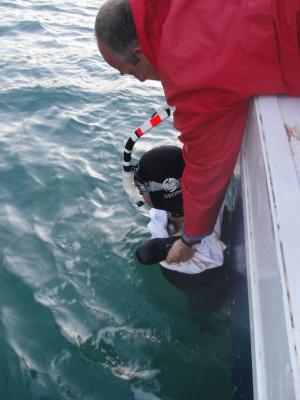 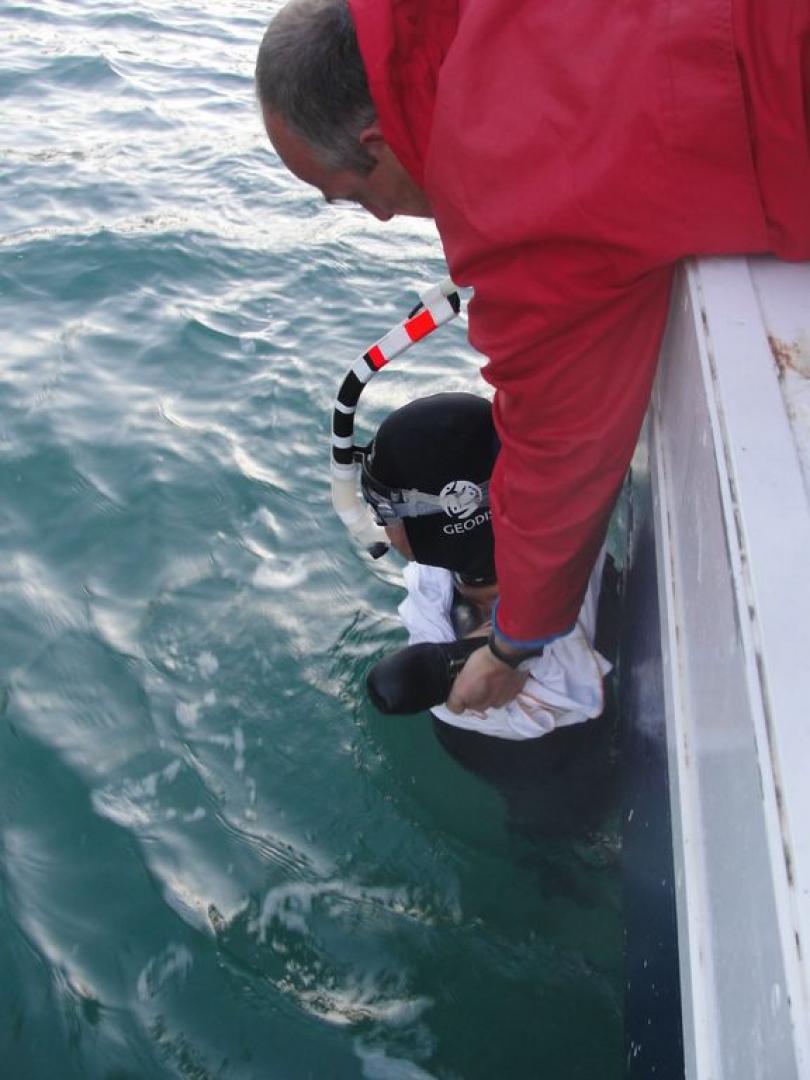 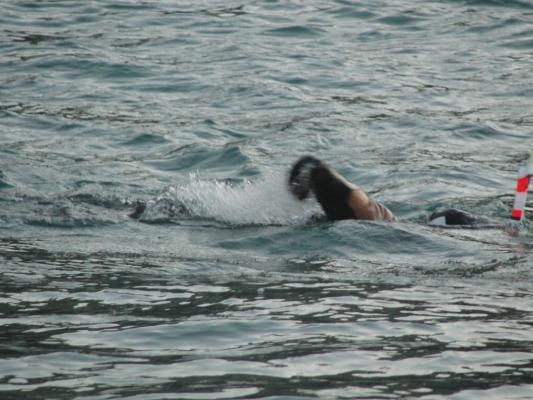 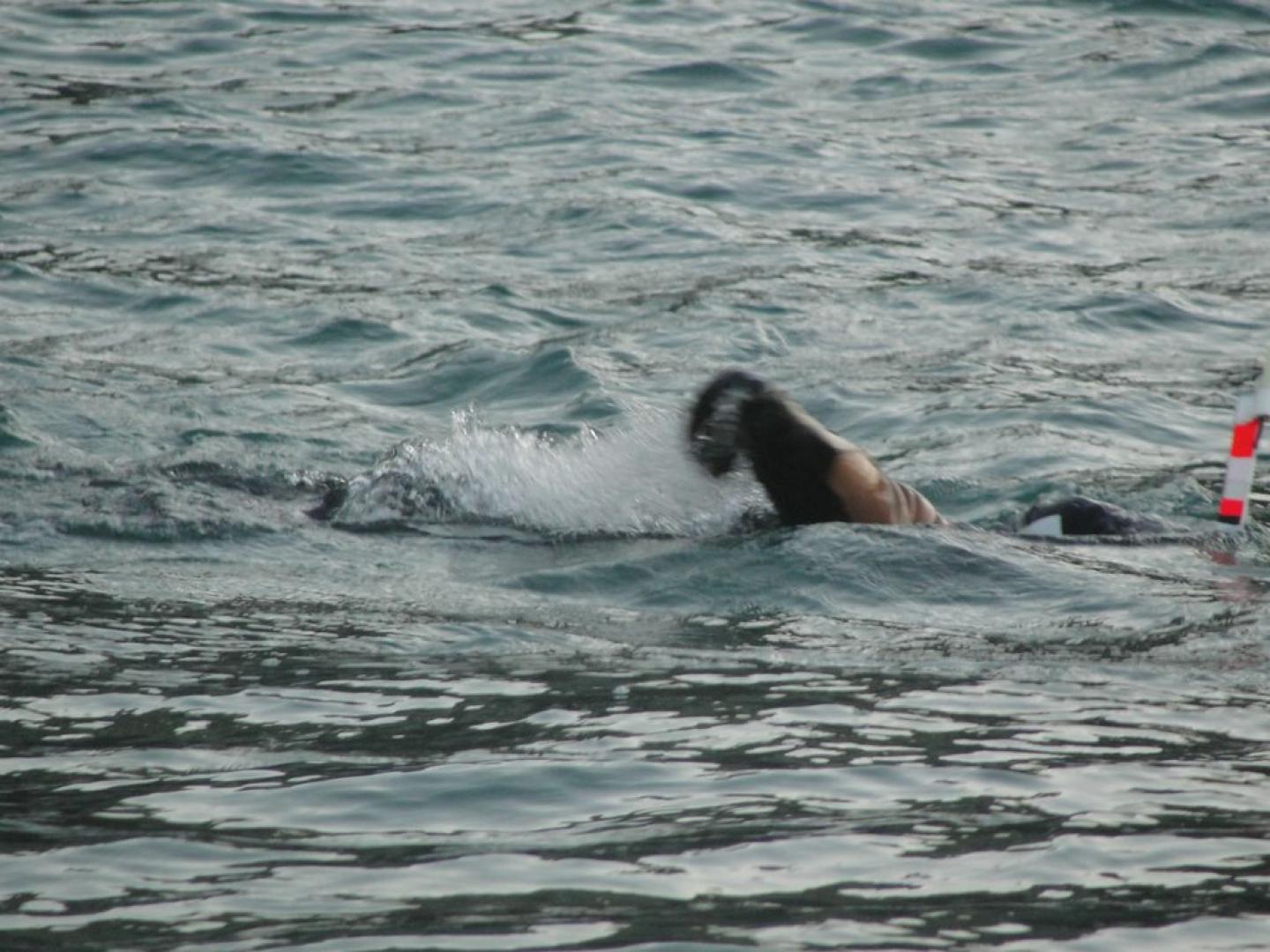 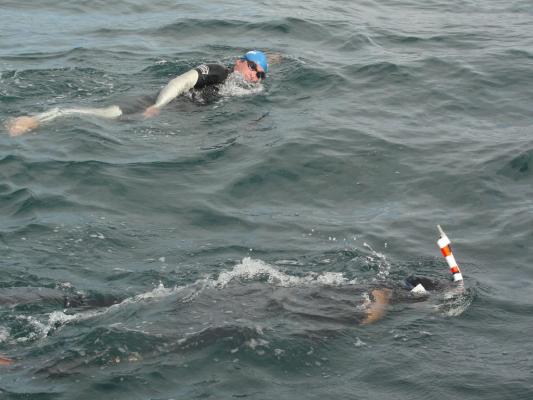 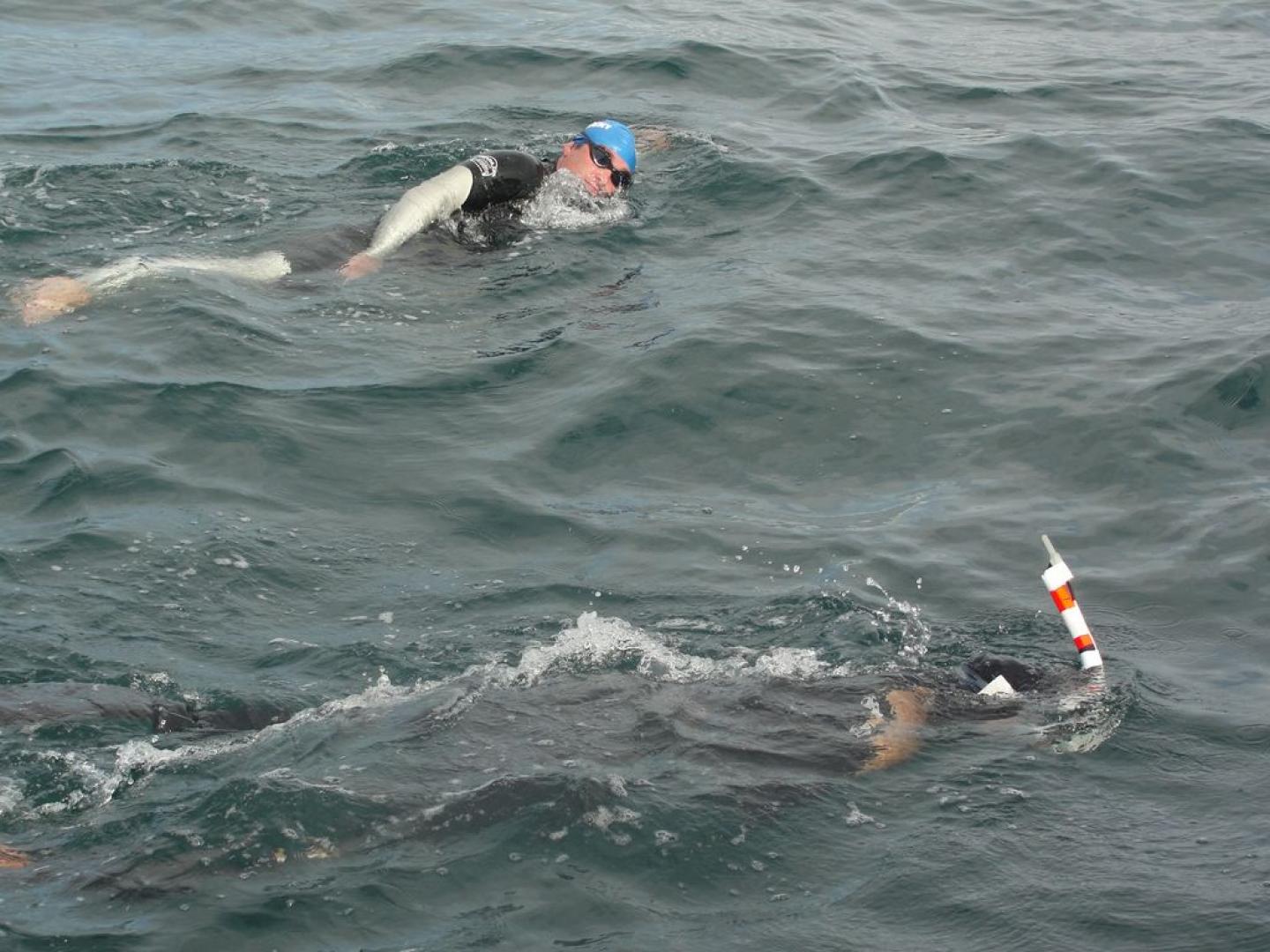