23 year old Acquired Brain Injury (ABI), Cameron Zipf, has set an E-Handicap World Record for pulling a 3 tonne vehicle, 13.7 metres, within 5 minutes. Cameron has been working with his physio and trainer Dave Holleran for the last 12 months in preparation for this Record attempt, which he set on the 20th of August 2011.

Cameron trained 2 days a week, concentrating on boxing, weights and steps. He worked up to the 3 tonne vehicle by beginning with a lawn mower with someone sitting on it and then moving onto a small station wagon before he attempted the van. Camerons’right arm has little movement in it, so all of the weight was on his left arm.

Therefore he had to pull then rest, set himself up again, pull and rest. When we asked him how he felt when he could hear the crowd cheering him on, he said “I thought it was pretty cool, but I was buggered afterwards.”

Cameron and his parents would like to thank everyone for their support and would like Cameron’s efforts to show that we can do anything if we put our minds to it.

Cameron is also part of the Community Lifestyle Support Inc. group which supports people with a disability to access and function in the community to the best of their ability. 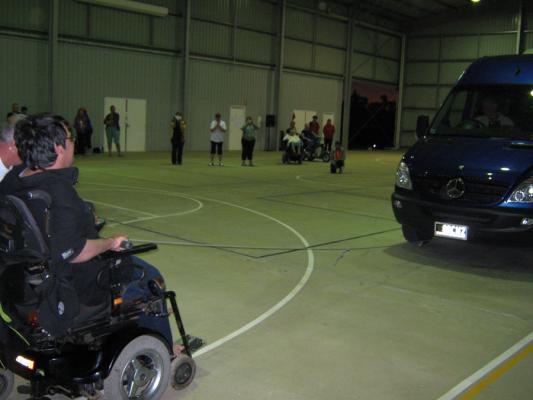 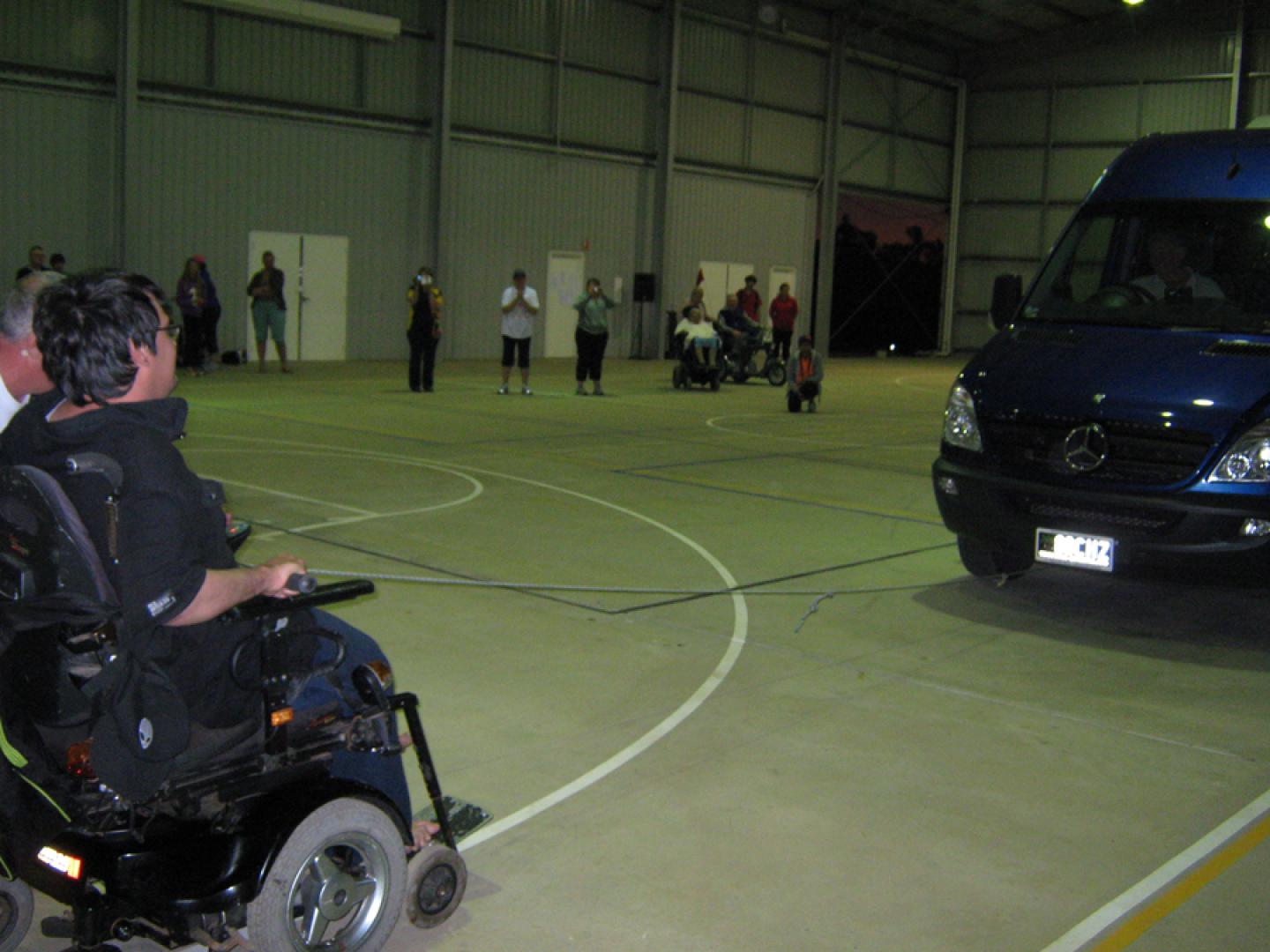 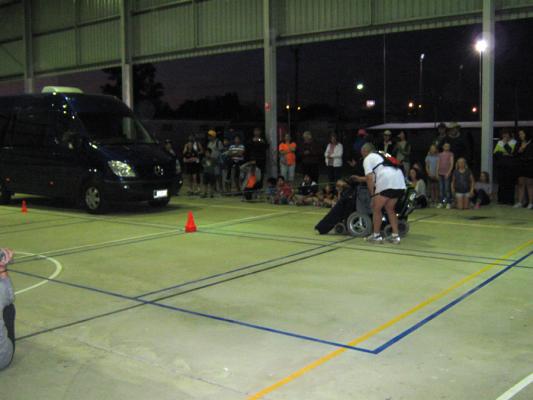 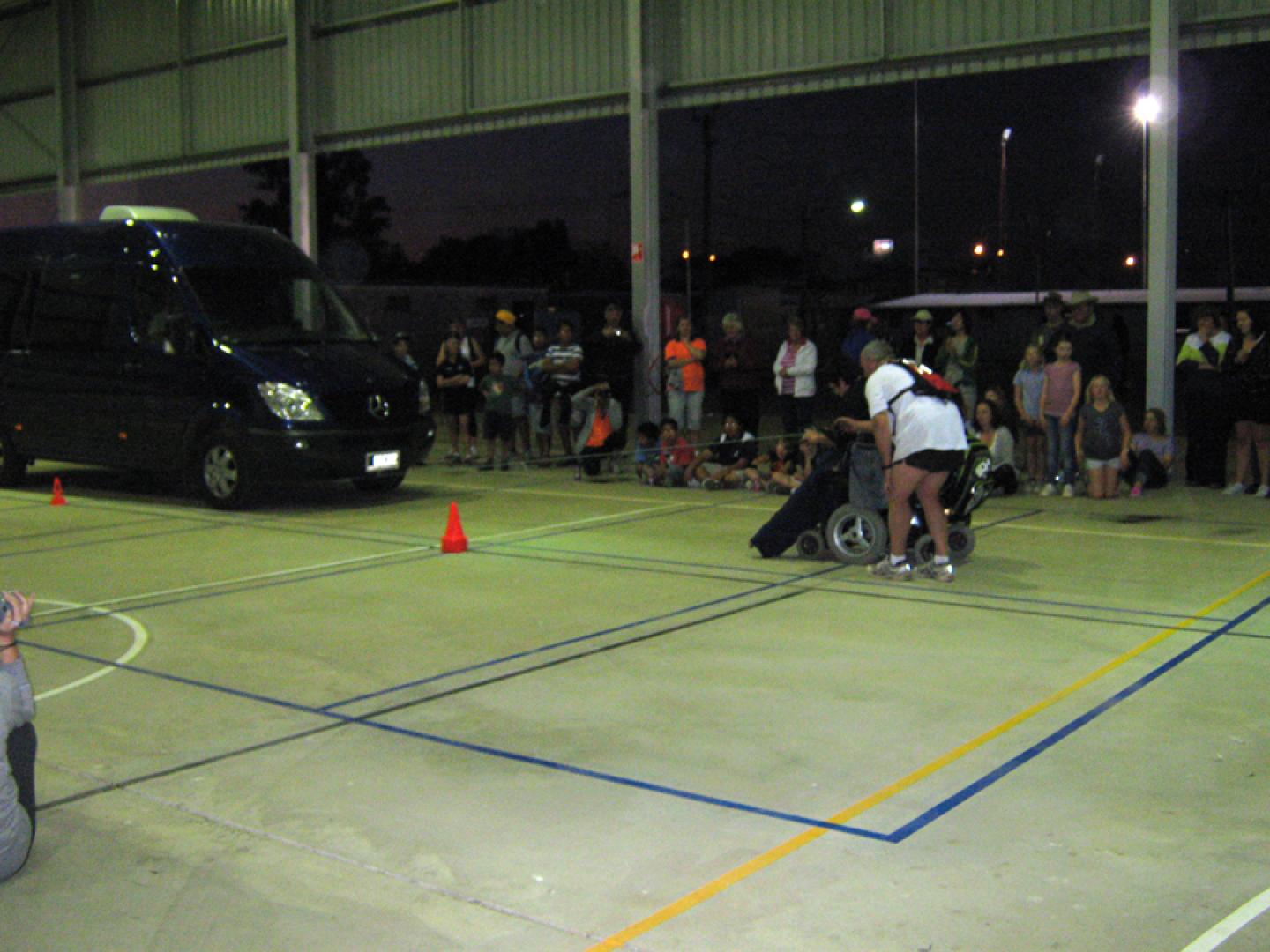 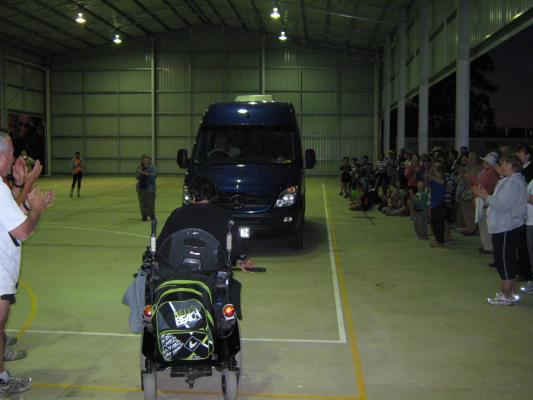 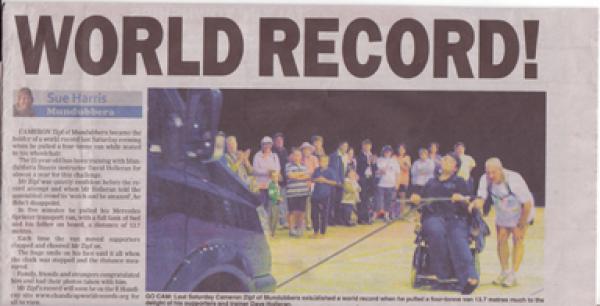 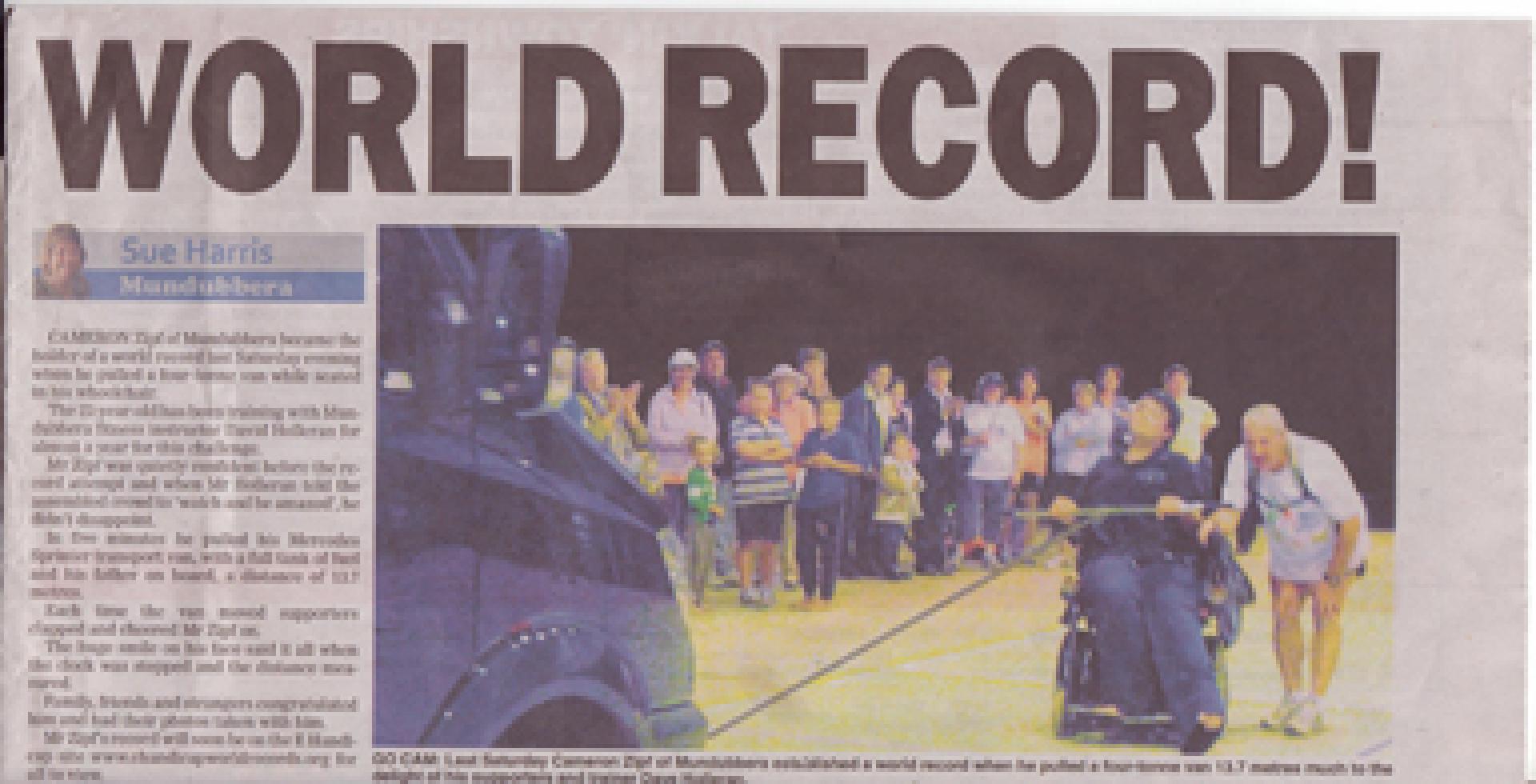 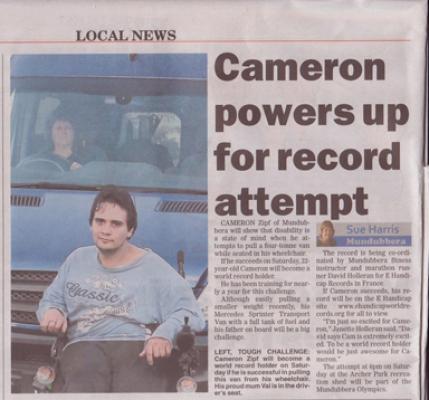 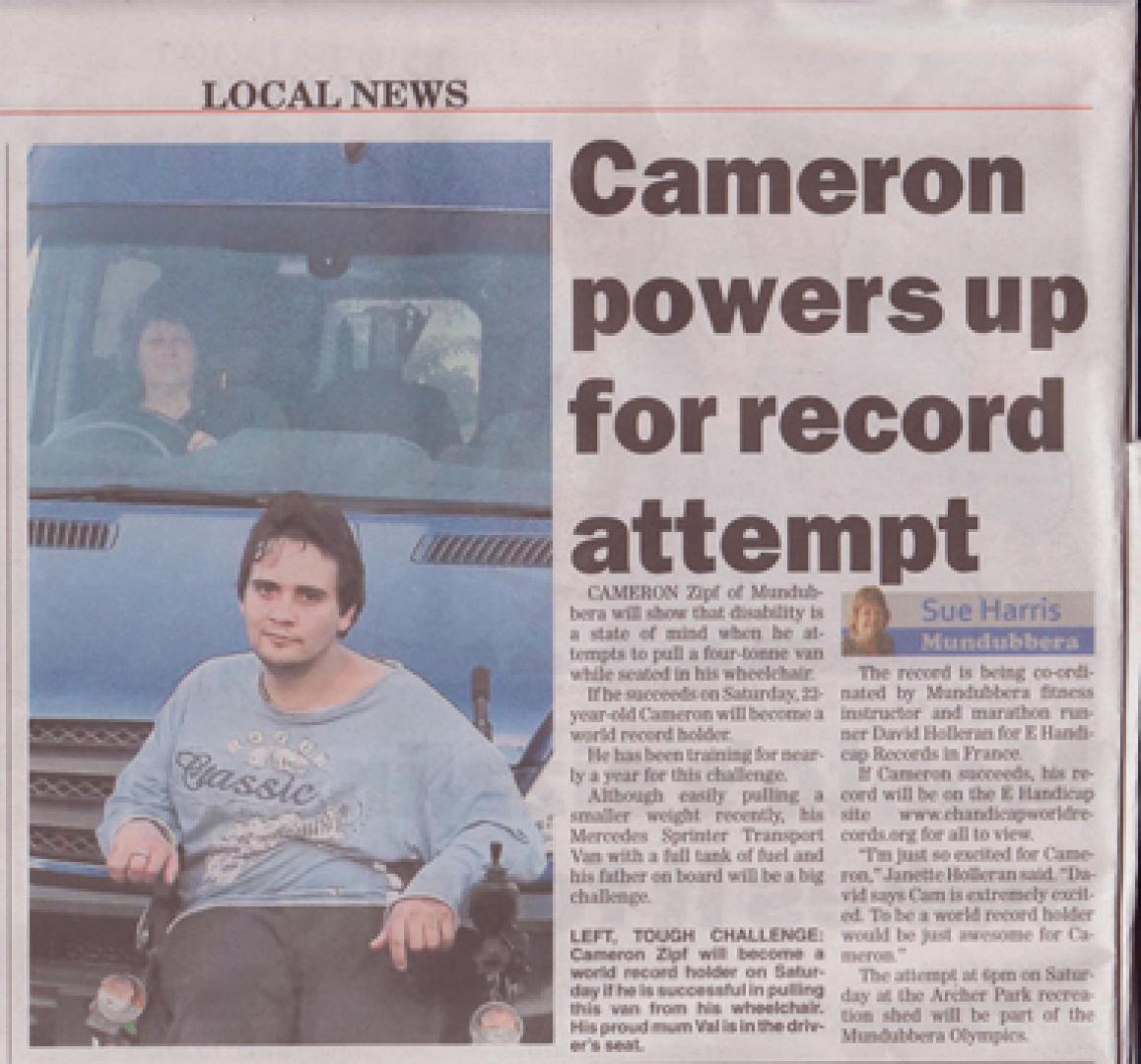 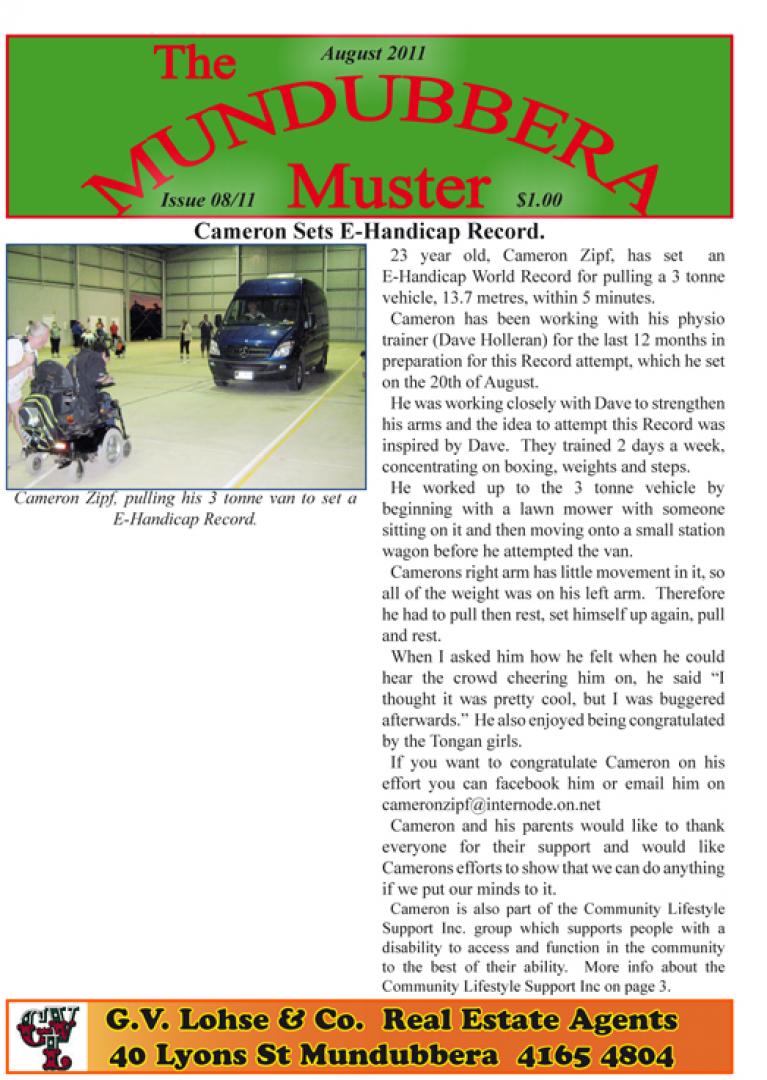 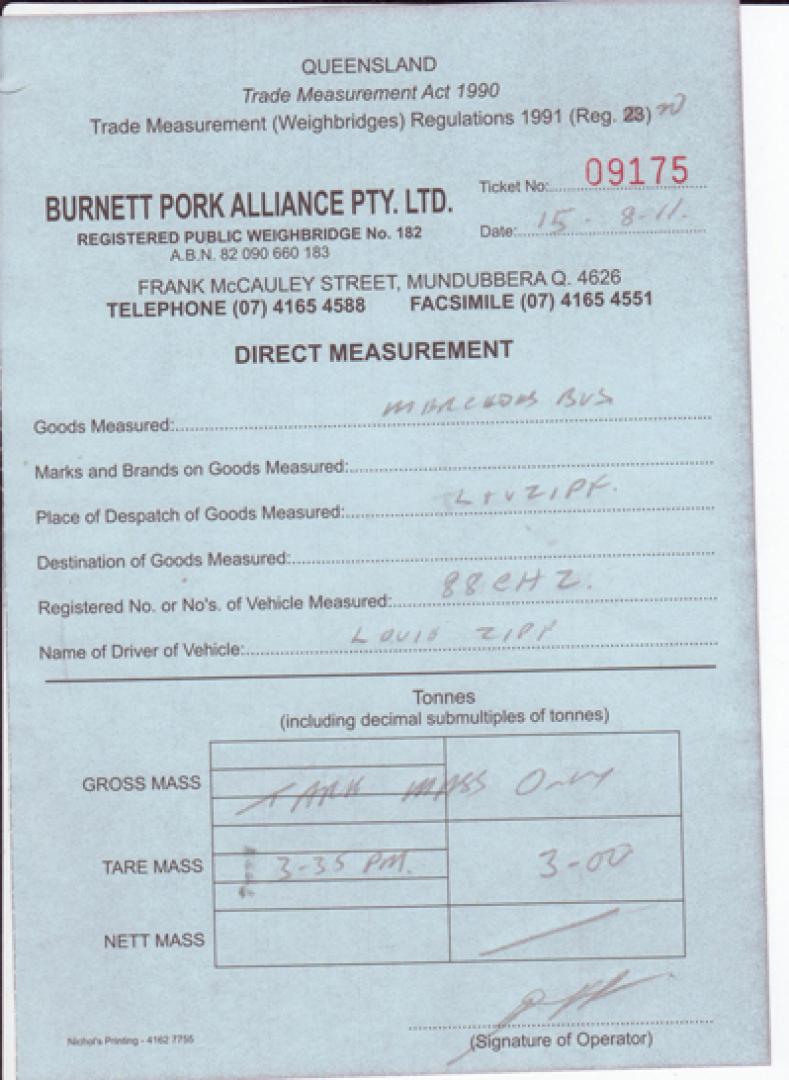 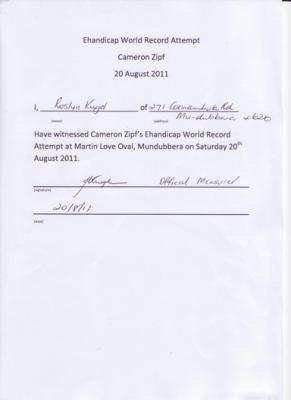 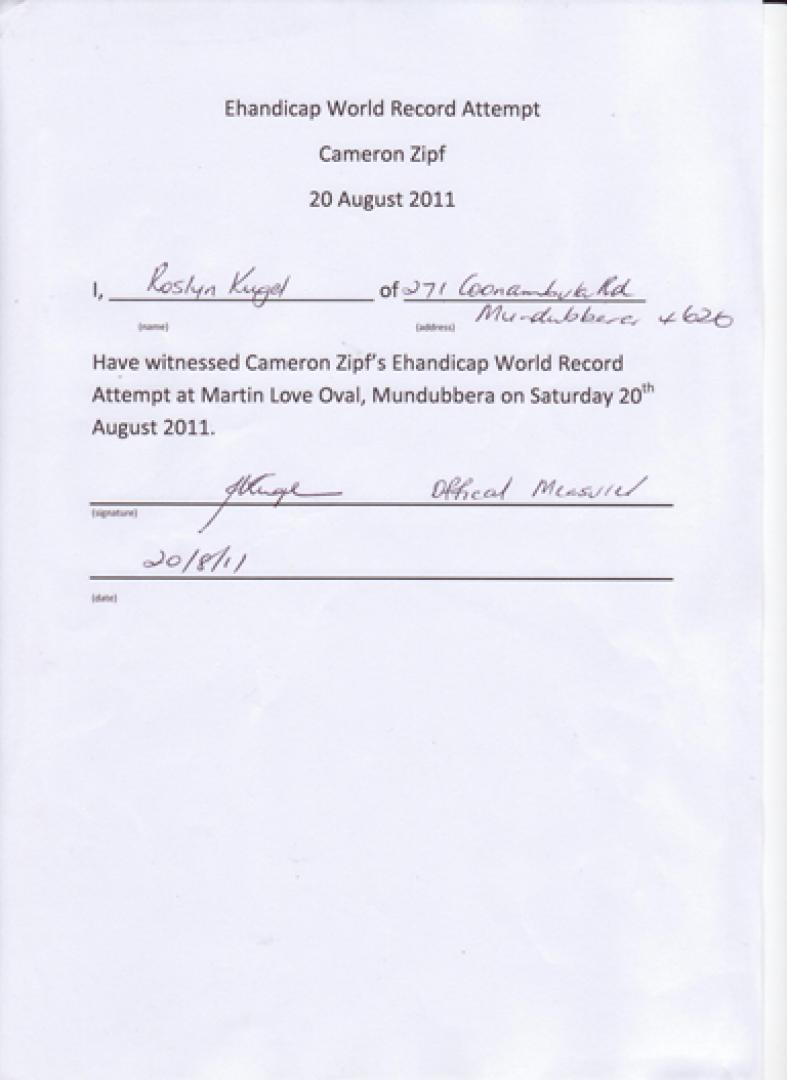 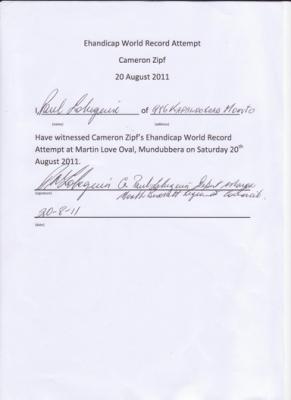 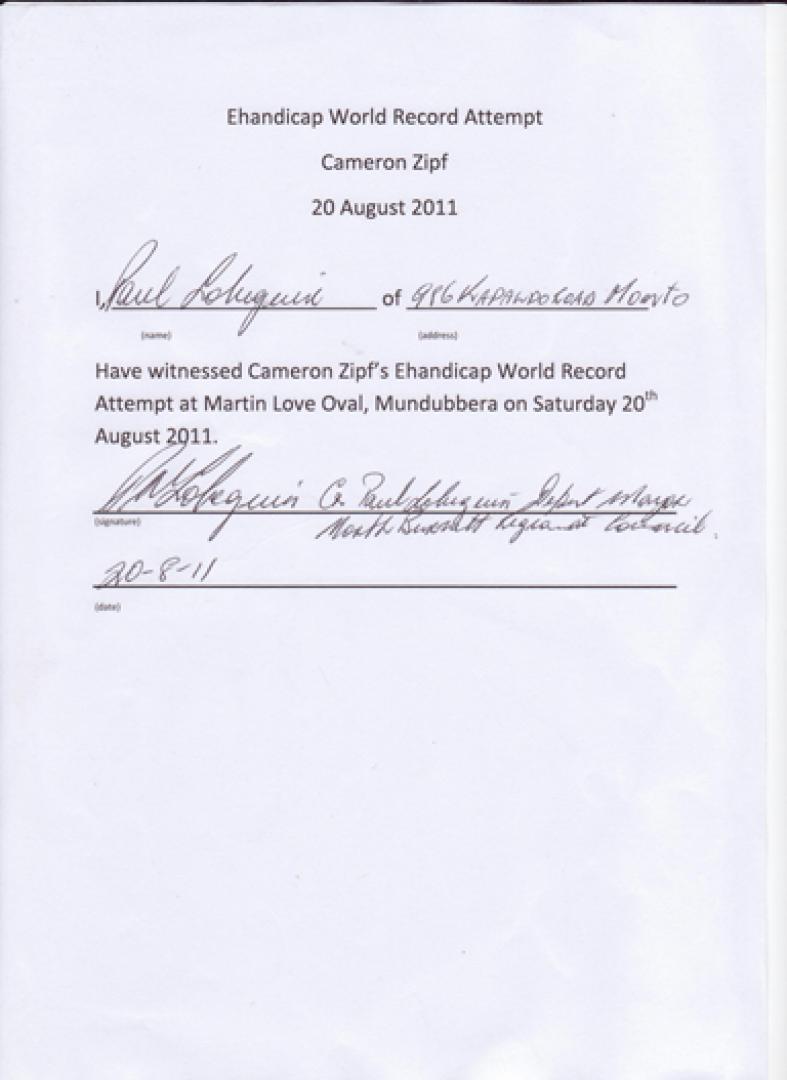 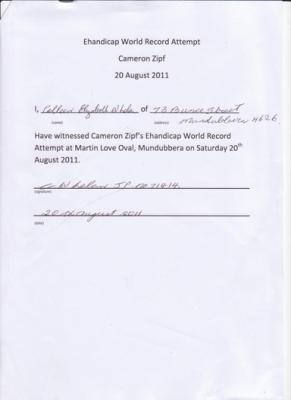 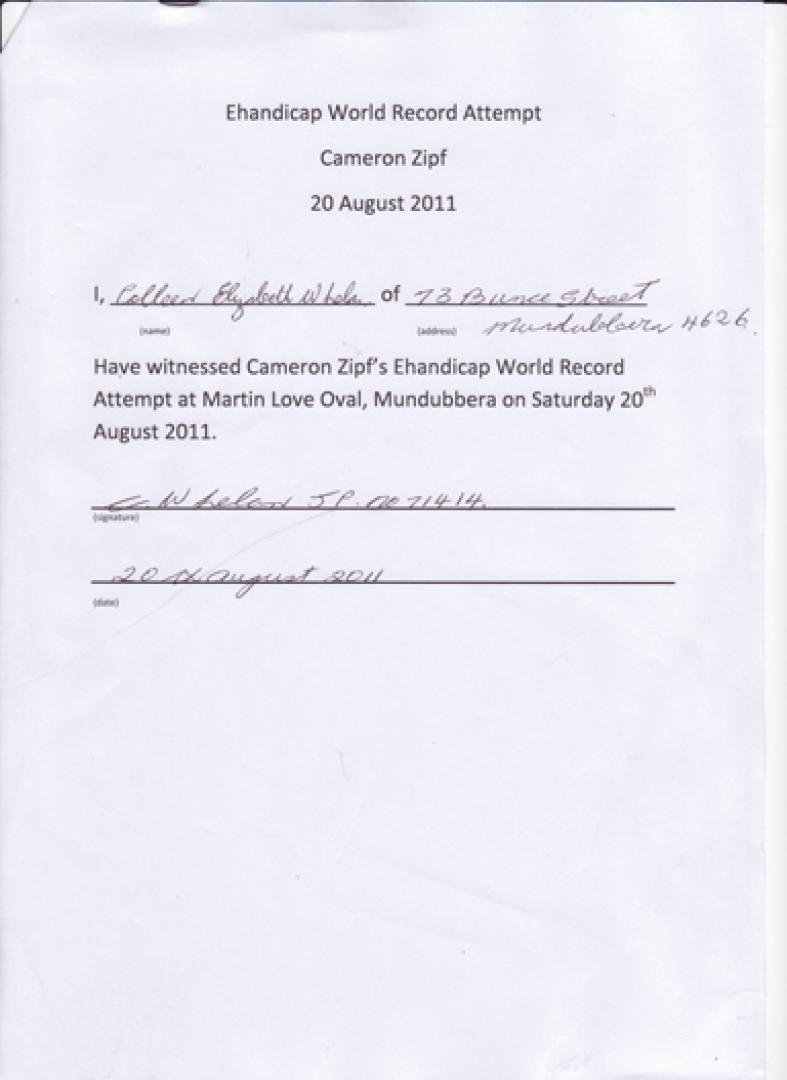 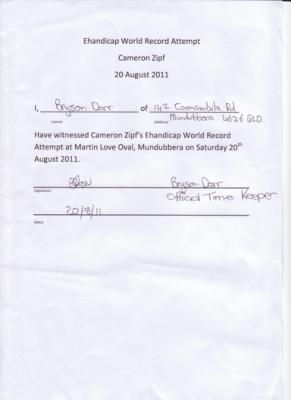 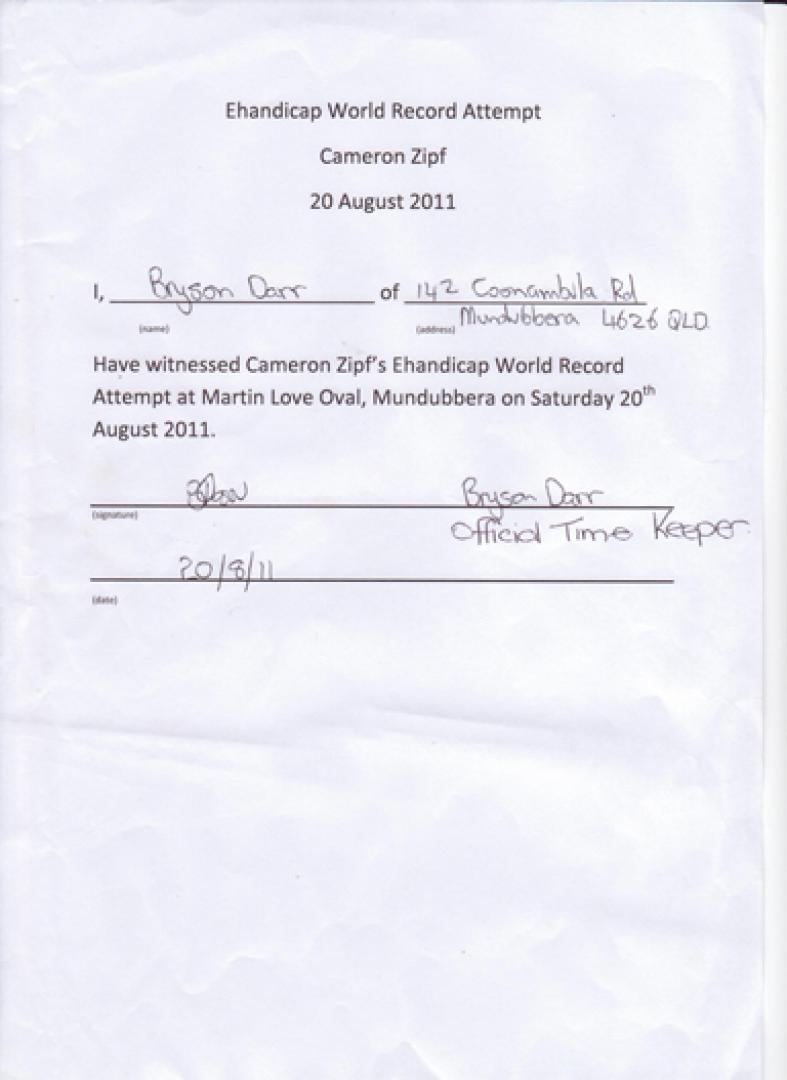 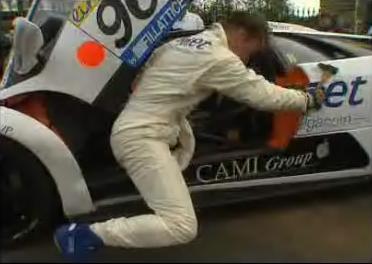