Nicolas Linder, a blind person is starting crossing of Alsace 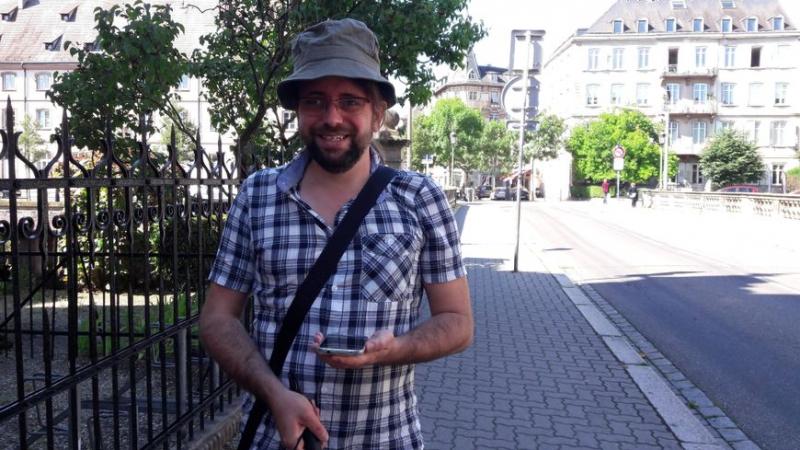 Thanks to a GPS adapted for people with sight deficiency, Nicolas Linder will be running the 200 km between the 21 and 29 of July from Wissembourg to Sewen.
He will be leaving on July 21 at dawn. Nicolas Linder, sight deficient, will start a crossing of Alsace by foot by foot in less than 10 days. From Wissembourg to Sewen, near Masevaux, it is not less than 200 kilomètres that are in front of him. His ally ? A GPS, adapted to sight deficient people, totally guided by voice, explains the Alsacien, who already ran the trip of Saint-Jacques-de-Compostelle or has also walked on the Baïkal lake in Sibéria.

Giving back confidence despite the handicap
When interviewed about his performance, Nicolas Linder respond that he does not see himself like a champion, to the contrary. I have been using this GPS for 3 years, and it allowed be to find back confidence in me. Finding orientation was too complicated. Only 5 % of the blind deficient population comes out of their house autonomously.
“This GPS has change my life. Now I can show that despite the handicap, we can do a lot of things.
I am very consicious that not everyone can 50 km trails or crossing the Alsace. But I hope that more and more non seeing people will use this type of tools” concludes Nicolas Linder. 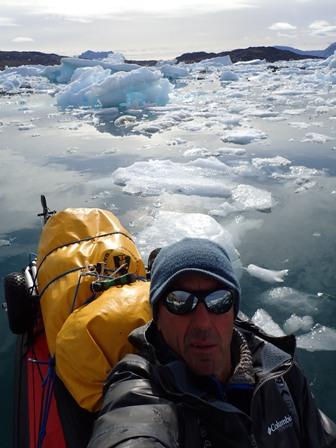 Since June 19 juin, Frank Bruno has taken part to his expedition Kiffaanngissuesq (free man in Greenland language). With his girl friend Karin, they have used kayaks together up to the 29th, date at which she came back to Corsica. Since, it is his loneliness that accompanies him every day in this polar trip and with no assistance. Also heading north, he is progressing, snow and ice are his companies. Each evening he writes a daily journal with a picture he sends via satellite.

On top of the difficulties he encounters in his expedition, his unique legg is an additional exercise to overcome. And if our difference was a force it would be his leitmotiv.

Alone, one goes faster, together we go further…