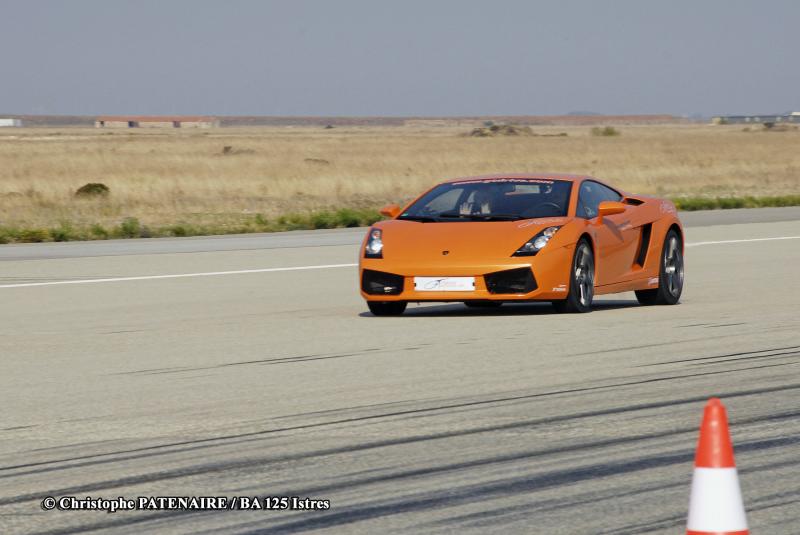 ISTRES, France (AFP) - Blind Belgian daredevil Luc Costermans won a world record Saturday when he hit 308.78 kilometres (192 miles) per hour driving a Lamborghini Gallardo supercar on a French airstrip.
The 43-year-old, who was blinded in an accident four years ago, hit the top speed twice in the borrowed car at the Istres airbase in southern France.
Costermans thanked his co-pilot Guillaume Roman, the air force and his sponsors, and dedicated his record to the Formula 1 driver Philippe Streiff, who has been a tetraplegic since an accident in the 1989 Brasil Grand Prix.
The blind road speed record was previously held by Britain's Mike Newman, who hit 268 kilometres per hour in October 2005 in a modified BMW M5.