An amputee runs a marathon in Afghanistan 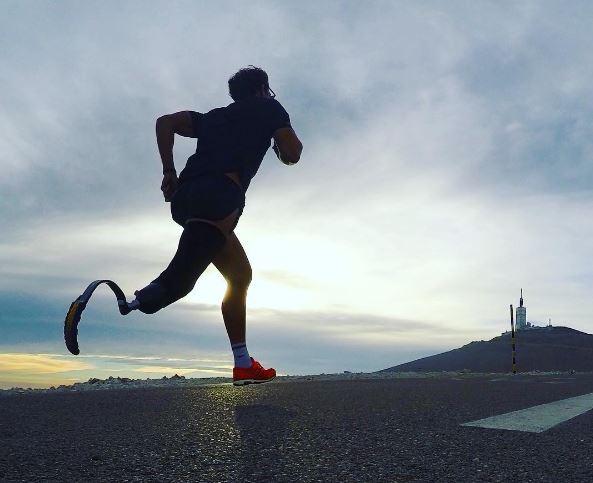 In the name of freedom, Charlie Lewis, an amputee from London, took part in his first marathon in 2014 : it was in Afghanistan. He now runs in countries throughout the world where freedom is under threat, proving that he is alive and well.
Ten years after a serious skiing accident, and 60 operations later, Charlie Lewis realised that the only way he would ever walk (and run) again was to have his leg amputated. On November 4th 2016, the 31-year-old Londoner was in the line-up for the start of the Bamiyan marathon, in Central Afghanistan.
18 months ago, with an artificial leg in the form of a prosthetic blade, Charlie Lewis took up running again, starting off with the half-marathon in Pyongyang, North Korea – a country “deprived of liberty” said Charlie, who by then felt that he had recovered his own freedom. Bamiyan was his first marathon, and he was terribly afraid that he wouldn’t be able to finish. “I knew that I would be in pain after 20 kilometres, with the blade rubbing against my knee, so I brought some painkillers with me, and I planned to take a break from time to time”, he said. Charlie finally came in second, out of a hundred or so competitors. His next challenge (he hopes, as he still needs to find sponsors) will be the Bagdad marathon, in the spring. He aims to be able to achieve a time of less than three hours by 2018. “I’ll need a special blade in order to do that, and it won’t come cheaply. But running is what makes me feel alive”, he concluded.