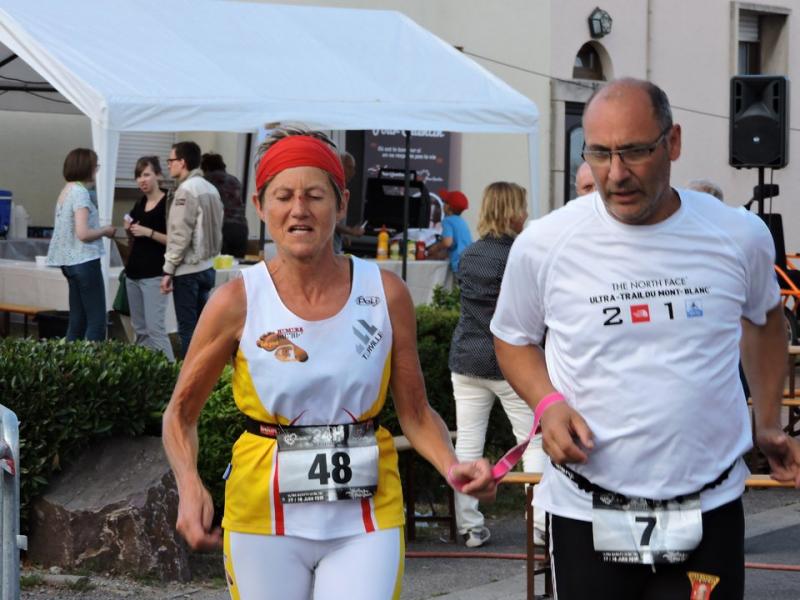 Distant of more than 800KM, they were battling each other.

« Nahtalie Cuny, from Nice, is very hard to beat. I am very happy for Quentin to have brought back the record in the Moselle », was declaring this athlete out of the norm . « I did not think I was going to make it, the sensation were not at there « , was telling us Olide upon arrival. On Sunday morning she had already done 122 Kms at 7 h; and Odile slowed down to be able to get to the end of the race
The raking of the 24h gives to Odile the 6th spot, 2nd for female and 1 st for handi sport.

Please find all the details on our web site: 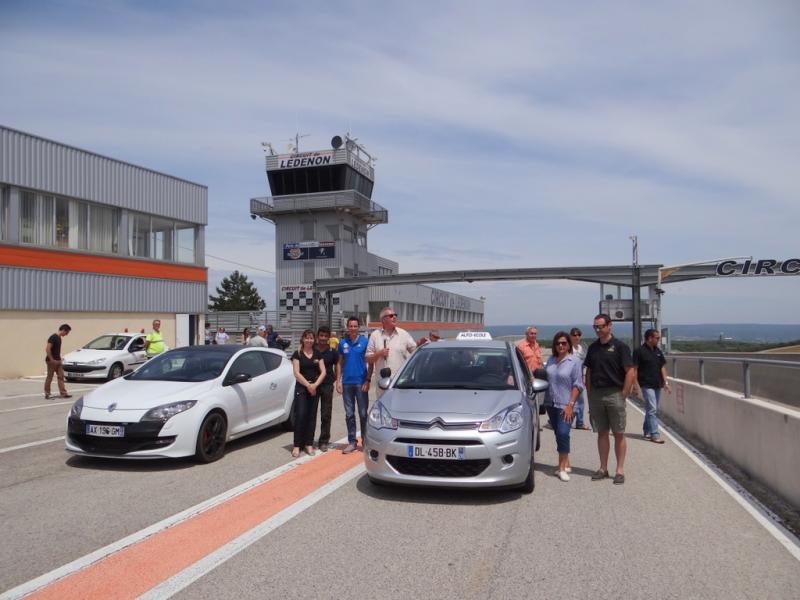 On Tuesday June 1st, a new type of pilot took to the track at the Ledenon racing circuit in the Gard department (France). On the initiative of the association « The magnificent partially-sighted in their crazy machines », and in reply to an invitation from the director of the Ledenon circuit, Marie Bondurand, 6 partially-sighted people became racing car pilots, just for one day. With the help of several driving schools which had made the trip specially, driving instructors gave the pilots the necessary instructions to enable them to move easily around the racetrack.

Our pilots turned out to be real racers. Halfway through the day, at the invitation of NVDM, two special guests arrived : Michèle Mouton, the famous female racing driver, world rally vice-champion in 1982 and today director of the World Rally Championship (WRC), and Julien Ingrassia, co-pilot to Sébastien Ogier, world team rally champion in 2013-2014, and the present leader in the 2015 WRC stakes. They all took up their seats in their cars, blindfolded. Michèle Mouton, as usual, stepped on the gas, whereas Julien Ingrassia drove with a bit more restraint….

After lunch and a lot of discussion, our VIPs went back to their duties on the racetrack. The members of the association « The magnificent partially-sighted in their crazy machines » went home with their eyes full of these magical moments…. The next aventure for NVDM will be next August, on the Laquais 38 circuit (France), with the former Formula 1 pilot, Olivier Panis. Another great event to look forward to. More of this later…. The NVDM team

Categories : Ehandicap World Records, Sport, Favorite
Partager sur Facebook
Amputated of 4 members, he wants to join the 24h of Mans in 2015. Frederic Sausset is a business owner of 46 years, always fascinated by the 24h of Mans, but he never thought he could participate one day. His life takes a harsh turn in 2012 when he is victim of a very severe infection that led to imputing his 4 legs. This father of a family, has launched his new challenge and has convinced his partners: Stebastien Loeb, Jean Todt and his copilot, Christophe Tinseau among others. His space for the next race at Mans is reserved. Discover in exclusivity his first tours of circuit and the very moving testimony of this man who fights handicap. TF1 Auto-Moto du 07.06.2015
Plein Phare : Frédéric Sausset, l’incroyable défi des 24H du Mans sur wat.tv