Everyone behind the wheel... 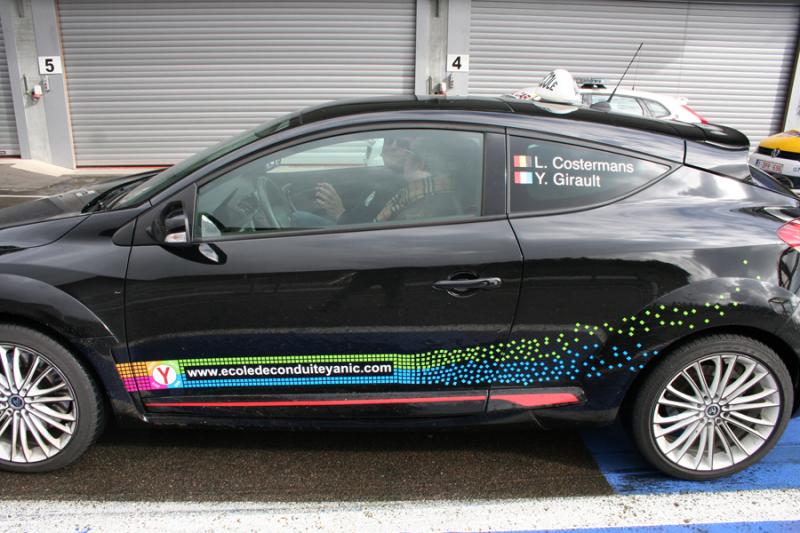 In Belgium, for the fourth year running, the Spa - Francorchamps racing circuit management team invited the association "The magnificent blind men and their amazing machines" for their annual driving course.

On February 26th, 10 blind and visually impaired people thus had the opportunity of driving on the legendary Formula 1 circuit.

The 6 French and 4 Belgians who came to the final training course in the package proposed by NVDM were not intimidated by the challenge.

Thanks to the generosity of the two partner driving schools and the three experienced instructors, the visually- impaired drivers were able to do 10 laps, or 70 kilometres, either aboard a Polo from the Bara driving school or a Mégane RS from Yanic’s driving school .

In the mid afternoon, Tony was unanimously declared the winner, when he broke the track record with a maximum speed of 145 km per hour.

Our friend the famous pilot José Close took his Mégane RS off the circuit to provide, as every year, rides round the track for the visually impaired participants, at over 230 km per hour : guaranteed to make your head spin!

Meanwhile, Raoul, who had brought along his old open-top MG for the occasion, took their partners, the volunteers, and the blind members for a spin.

To end the day, and to give them proof of his out-of-the-ordinary skills, Luc, a blind pilot, took some journalists from the TF1 TV channel for a few laps at the wheel of the Megane RS 265 CV, co-driven by Yanic, at over 175 km per hour .... A mind-blowing experience !

We would like to thank the staff of the circuit, Pierre Alain Thibault and Chantal Bantz, for their generous hospitality. Our sincere thanks also go to the Yanic driving school, who came specially from Vienne (France) with a Renault Mégane RS with dual controls, not forgetting our historic partner, the Bara driving school from Fontaine-L’évêque, and all of our instructors, Yanic, David and Pierre, all as fearless as the others.

We would also like to thank our volunteers, Michael, Freddy, Benoît Michel, and Isabelle, our photographer for the day.

A special thank you to the intrepid José Close, for spending nearly three hours at the wheel of his racing car, and for giving our blind friends so much pleasure.

And a big thank you to our partners, without whom this would not have been possible: many thanks for your patience.

And see you again next year for more adventures on the Formula 1 circuit of Francorchamps ...