At the top of Kilimanjaro in armchair.

Martin Hibbert had challenged himself to climb to the top of Kilimanjaro, and he managed to do so on June 13, after five days and 72 kilometers of ascent, despite his paraplegia, despite his wheelchair, since that's how Martin Hibbert, 45, made the ascent, five years after the terrorist attack that killed 22 people at the Manchester Arena. , May 22, 2017. That evening, he was just out of ariana Grande's concert when he found himself five meters away from the terrorist who detonated his explosive belt. Twenty-two shrapnel pierced his body, the doctors took 14 hours to operate on him, after which he learned that he would never walk again. His spinal cord has been hit, his legs are no longer responding.

END_OF_DOCUMENT_TOKEN_TO_BE_REPLACED

Mont Blanc, a unijambist and a paraplegic dreamed of tutting the high peaks. 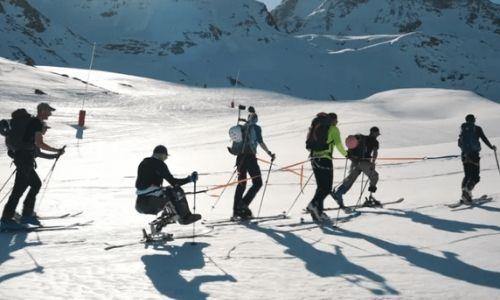 The weather decided otherwise. When he had to decide, the guide of the Queyras David Preiss, who dreamed of accompanying Manoël, his childhood friend, to Mont Blanc could only deplore the too many uncertainties that remained.

The strong wind announced at more than 4,000 meters above sea level would probably not have allowed the rope of 12 people to reach the summit. This project with such complex logistics is therefore postponed to next year. Climbing Mont Blanc on skis is becoming more and more complex. However, it is by this means that the athlete Victor Pierrel, suffering from paraplegia, Oscar Burnham, amputee of one hand, and Manoël Bourdenx, tibial amputee, could have hoped to return to the high peaks.