A passion for life 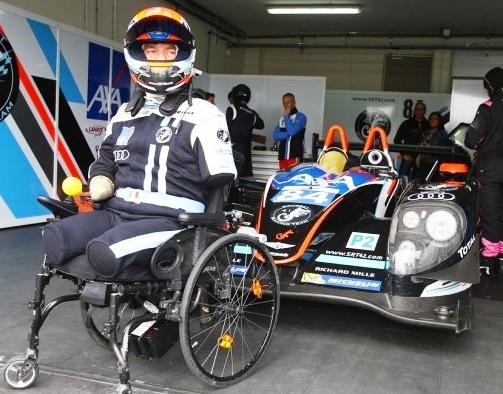 Frédéric Sausset, 47, a quadruple amputee, has a dream which is about to become reality : driving a car in the Le Mans 24 Hours race.

Frédéric has been preparing tirelessly for this event for several years. The ACO, which organises the 24 Hours race, will allow this out-of-the-ordinary sportsman to participate in the 2016 edition of this famous race, the greatest endurance event in the world.

At the wheel of a Morgan with a Nissan engine, n°56 in the Oak Racing Team, Frédéric and his team-mates will take part in the LMP2 category, reaching speeds of up to 200 mph.

Take a look at the report made by the 7 à 8 news magazine on May 1st of this year :

7 à 8, a weekly news magazine on the TFI TV channel.